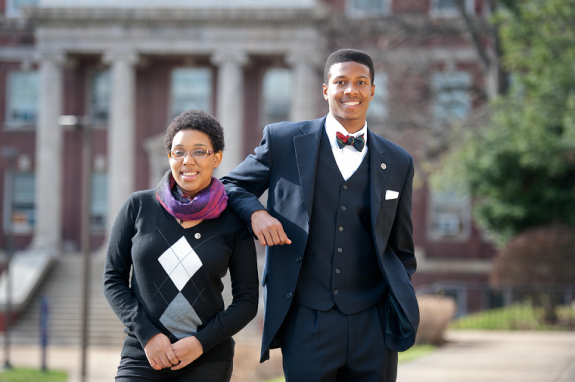 The Howard University School of Business has always offered courses in starting, running and managing a company. In recent years, faculty and administrators realized that business students were no longer the only ones actively seeking business training.

“Our students have always been interested in entrepreneurship, but I feel like it’s really exploded over the last five years, and now it’s all over campus,â€ said Barron Harvey, Dean of the School of Business at Howard, one of more than 120 historically black colleges and universities in the United States. “In particular, I think we are seeing more collaboration between different schools and departments on campus, where students in various fields of study want to learn how to be an entrepreneur. And it’s not just at Howard, I think that’s happening at schools like ours all across the country.

Harvey is correct — this pattern is being repeated way beyond Howard.

The recent career outlook for today’s youth coupled with the economic downturn hitting our country and namely minorities the hardest, is leading to a change in planning for the future. The need to create & educate the next generation has changed from just churning out future employees but also future employers.

“Everyone who went to college the last four years isn’t going out and getting a job, because those jobs aren’t there anymore,” said Julianne Malveaux, President of Bennett College, during a recent White House summit on entrepreneurship at historically black and minority serving institutions. Bennett recently launched a summer entrepreneurship program for local high-school students, and in May, the school will graduate its first student with an entrepreneurship minor.

Bowie State University launched the Bowie Business Innovation Center, a non-profit incubator that brings in startups that are encouraged to offer internships to students. The school has plans to begin offering some of that incubator space to student-run businesses. According to Anthony Nelson, the dean of the Business School, the university hopes to introduce entrepreneurship major and minor programs in the next couple of years. Students’ increasing demands for courses and programs designed to help them launch their own businesses have sped up the need for these programs.

“There has been a push for about the last five years, so this goes back further than the recession” Nelson said. “But the economy has probably accelerated the process and put a renewed emphasis on the need for entrepreneurship. Our students definitely understand the value of leaving here with the skills needed to create their own jobs.”