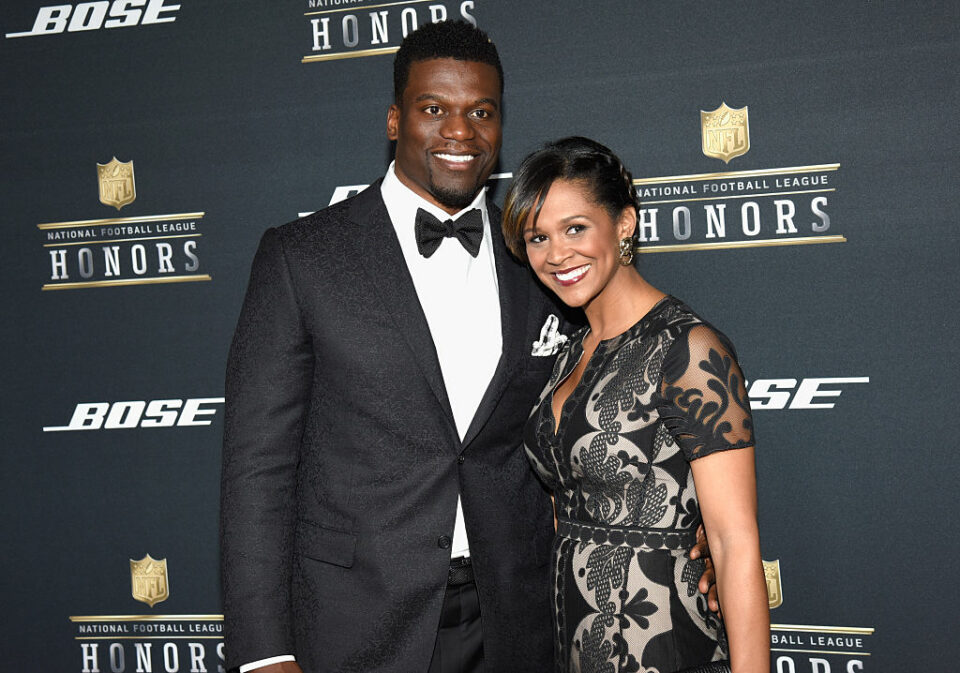 You need thick skin to work in the sports industry — but wives and kids are off-limits.

During the conversation for the halftime show, Burns asked Watson if he got the memo regarding everyone wearing dark suits, according to Sports Illustrated.

Watson, who had on a light-colored suit, responded, “As long as I get a text from my wife that says I look good.”

As the crew laughed, Watson held his phone and looked toward the camera as if signaling to his wife. He said, “Send me the text, baby. Send me the text.”

Burns replied to Watson saying, “That’s not the text she sent me,” which spurred more laughter.

A Twitter post showed that neither Watson nor Burns were in the camera shot. But, seconds later, Watson was seen returning to his seat, with a less jovial expression than he had previously. Burns didn’t come back to his seat.

😲 Not sure if this just turned into a random bit, but Benjamin Watson looks legit upset that Peter Burns made a joke about his wife. pic.twitter.com/XxLvhgrnx5

Burns later posted a picture of himself and Watson on Twitter. Watson responded to the post by saying his co-host still owes his wife an apology.

“Moving on. But you still owe Mrs Watson a public apology.”

Moving on. But you still owe Mrs Watson a public apology. https://t.co/nNASqU5A6P

OutKick reported that it reached out to ESPN and was given a response by Amanda Brooks, ESPN Director, College Football & SEC Network. She wrote, “Entire thing was a performance bit. Benjamin 100% deserves an Emmy nomination.”