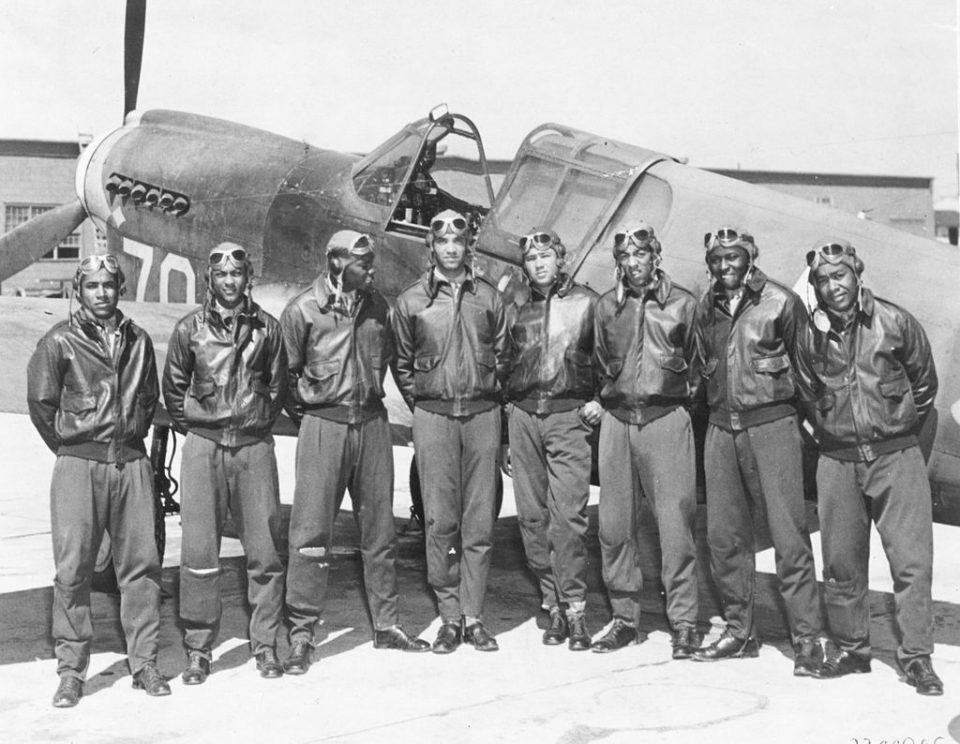 Theodore Lumpkin, Jr., of the distinguished Tuskegee Airmen, has succumbed to complications of COVID-19.

According to a press release from Los Angeles City College (LACC), the beloved airman and alumnus of the institution died on Dec.26– days before his 101st birthday.

News of his death shook the college.

“The LACC community is saddened by the loss of Theodore Lumpkin Jr., “said Dr. Mary Gallagher, President, Los Angeles City College. “He served our nation with distinction, and we are grateful for all of his contributions.”

The school’s executive director spoke about Lumpkin’s impact on history and the school, saying he was “honored” to have spent time with the centenarian.

“The LACC Foundation is very sorry to hear about the passing of Ted Lumpkin, but we are so honored to have met and spent time with Ted during his visits to the campus,” said Robert Schwartz, executive director of LACC.

“Ted Lumpkin represents the best of our distinguished alumni in his service to our country as a member of the groundbreaking Tuskegee Airmen and his other accomplishments during a long and highly productive life; he will be missed by all of us.”

Lumpkin was a native Los Angeleno born on December 30, 1919, the Tuskegee Airmen’s official site reported. After graduating from Jefferson High School in 1938, he enrolled at LACC, where he earned an associate’s degree in math in 1940. He was attending the University of California Los Angeles (UCLA) when he was drafted into the military during his senior year in 1942.

Upon his graduation from basic training in Alabama, the site reported that he applied for Officer Candidate School (OCS) and completed the program as a second lieutenant in 1943. Lumpkin then completed Combat Air Intelligence training, and he was assigned back to the 100th Fighter Squadron as an Air Combat Intelligence Officer.

During WWII, Lumpkin was sent overseas to Italy in 1944.

According to the site, he served as an Air Intelligence Officer for the 100th Fighter Squadron, 332nd Fighter Group, from February 1944 to November 1945. The airman’s central role was briefing unit pilots for their combat missions throughout Northern Italy, Eastern Europe, Southern France and Germany. He then debriefed soldiers once they returned. He retired from the Air Force Reserves as a Lt. Colonel in 1979.

His wife, Georgia, told the LA Times that Lumpkin was humble about his tenure as one of the most prestigious groups of airmen in military history.

“He didn’t talk about it much. He’d maybe mention some incident or a buddy, but we were married for a number of years until I heard about them,” his widow said. “When I realized who these guys were and what they’d done, I was just overcome at how much they persevered. They did not bow down. They achieved things that detractors said they couldn’t, weren’t capable of doing.”

In 2007, the Tuskegee Airmen received the Congressional Gold Medal, the highest medal a civilian can receive, according to the Smithsonian National Air and Space Museum.

The medal recognized “recognized their unique military record that inspired revolutionary reform in the Armed Forces.”