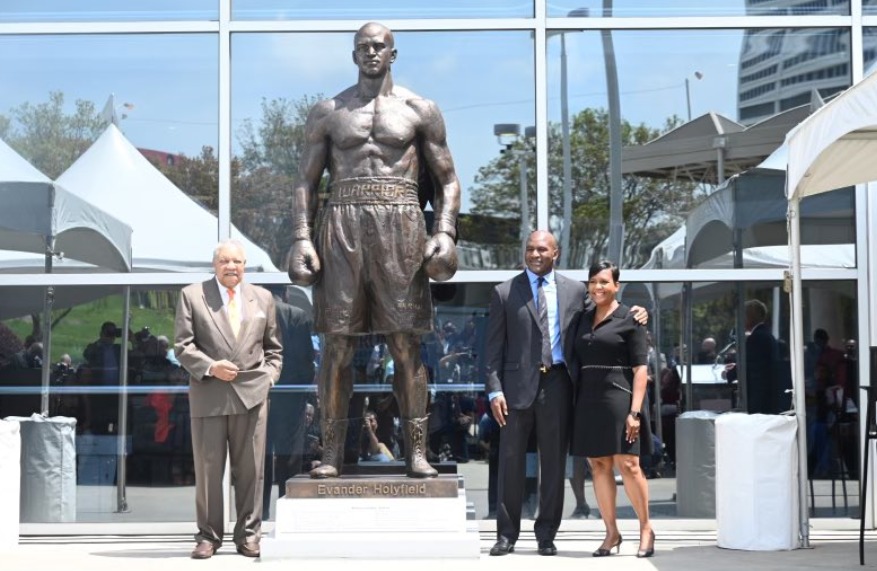 Per CBS4, the Hall-of-Famer credited God, his mother, Buddy Davis, and even the Boys and Girls Club for aiding him to become a successful person. A one-ton, 232-pound statue depicting the boxing champion standing with gloved hands now pays homage to the Atlanta native, according to CBS 46.

“It takes an entire village to nourish a champion,” Holyfield said.  “I never would’ve been nowhere if it wasn’t for the boys club.”

Holyfield’s mother “liked that he won trophies,” although the former boxer was initially not as fond of of the boxing sport. Members of the community chipped in to assist with covering expenses for boxing classes and matches, according to The Atlanta Journal Constitution. Holyfield stayed true to his boxing career, until the time had come to stop, due to health concerns which were reported by The New York Times.

Atlanta Fi reported that Holyfield hung up his boxing gloves for good in 2014. The boxer rose to fame after the 1984 Summer Olympics where he won a bronze medal, according to the report. In 2017, Holyfield was ushered into the International Boxing Hall of Fame, according to Sportscasting. In his career, Holyfield secured 42 wins, 8 loses, 2 draws and 27 knockout victories, according to ESPN. Financial challenges also plagued him.

Despite it all, Holyfield—who is said to be the only four-time world heavyweight boxing champion, —is still standing.