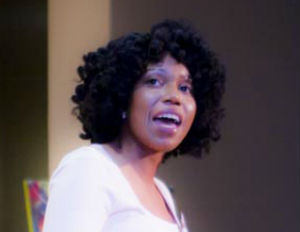 This past weekend, 200 women gathered outside of the Washington D.C. area to discuss steps that they would take to rebuild their self-esteem in this year and beyond.

The event, A Woman’s Worth Conference & Celebration (AWWCon15) was hosted by Shannon Baylor-Henderson, an entrepreneur, technical writer and woman with a vision of helping women to shed light on their dark places in life. The event’s theme was mental health awareness, something that Henderson is all too familiar with.

“I was diagnosed with manic depression when I was 19 years old. The doctors told me that my life would never be ‘normal’ again. I had to find out about my mental health issues the hard way: attempted suicide. I’m 31 years old now, and the doctors were right. My life isn’t ‘normal,’ but only in the sense of being so jam-packed with ideas, positive stimulation and a burning desire to save women from themselves. You can’t be ‘normal’ when you feel you’ve been put to the challenge of saving someone’s life.”

The event brought women from across the country to learn how they can increase their personal power in the areas of men, money, mental health, children, wellness and beauty, which is in alignment with AWWCon’s organizational mission.

Throughout the course of the night, speakers in each area the event focused on, took the stage to “elevate and celebrate” each woman in the room. Guests learned about smart money habits, how to expect and accept healthy relationships with men, how to build bonds with their daughters, how to take charge of their health and wellness, how to look and feel polished and most importantly, how to accept the signs that they may need mental health assistance.

Suicide and mental health issues are often very secretive in the African-American community. According to the National Alliance on Mental Illness (NAMI), studies haveÂ shown that African Americans and Latinos used mental health services at about half of the rate of Caucasian Americans in the past year. The stigma of having mental illness not only keeps people away from finding qualified help, but it also contributes to high suicide rates of people with mental illness.

The entertainment industry is starting to become more vocal about mental illness in the African-American community. In a recent episode of Being Mary Jane, Gabrielle Union’s character, news anchor Mary Jane Paul boldly announced statistics about the mental illness and suicide rates amongst African-Americans to bring social awareness to the stigma. Her character also directly deals with a close friend who suffers from depression. Viewers are able to see the signs and learn how astonishing the statistics are. Hopefully, the stigma can begin to shatter in the African-American community once it becomes more socially approachable.
Learn more about AWWCon at www.awwconference.com and you can catch Being Mary Jane on Tuesday nights on BET.