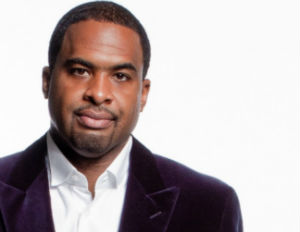 Party promoter and event planner Jason Carter didn’t start his own business to make a profit. No, his motivations were something completely different. “I started doing parties in college, but not for money, admits the Florida A&M graduate. “I just liked to have a good time, honestly.

Fast forward more than a decade later and Carter is bringing in income making sure that everybody has a good time, too. After earning a degree in business economics, the entrepreneur moved to Atlanta and initially took a job working with his father. He then moved on to working as a LexusNexus consultant, and as a young professional, would often enjoy the city’s nightlife. During that time, he noticed a void in terms of experience and diversity.

“I went to an event that had a mixed crowd, great music— music that I loved, but never got to hear in the club, he recalls. “There were white, Asian, and young people… I met all types and made good business contacts. I said, ‘If I’d remained in my own comfort zone, would I have ever met these folks? Why is there not a party for people from everywhere who like all types of music?'”

Inspired, Carter created Sol Fusion, a monthly party series that featured live performances and multicultural DJs playing music from all genres, with people from every walk of life invited. Before long, sponsors including Heineken began lining up to attach themselves to this unifying brand which has now turned into a company that Carter says specializes in “social engineering and brand marketing.

Eventually, his party expertise extended into planning ski trips, co-owning his own nightclub and now, organizing the One Music Fest, one of the fastest growing outdoor music festivals in the country.

BlackEnterprise.com caught up with Carter to talk about his start, the current relationship between urban entertainment and corporate sponsors and how to this day, he still isn’t in it for the money.

BlackEnterprise.com: You started throwing parties while you still had a 9-to-5? How did you balance your time and efforts?

Carter: I had a day job, so it wasn’t like I had to fight for money. The parties just kept growing to the point where I would start walking into offices for my day job, and I would run into paralegals who would say, “I was at your party last night and it was crazy. My audience started overlapping.

Then, at one of my events, a young lady approached me saying that she represented Heineken and wanted to get them involved. I didn’t know anything about marketing or branding at the time, but she insisted on setting up a meeting. One question that I asked that ended up opening up opportunities was, ‘Why don’t you tell me how Sol Fusion and Heineken coming together makes sense.’

They then hit me with their pitch and asked me to come up with a compensation amount. I figured, if they’re doing a weekly event with me and picking up most of the expenses, I charged them a flat fee for my services and access to my audience. When I presented a number to them and they wrote me a check for a year, that’s when I finally got it. I realized that brands need access, and a lot of times they don’t know how to communicate in a lifestyle or social setting. They need somebody to be that voice. What they spent for me, they may spend on a full-page ad in Rolling Stone, so they have the budgets.

From that day on, I decided to bust my behind and make the partnership work. I wanted to keep it about the party, not about the brand. I wanted to make a social outing that they weren’t getting while helping promote a brand that I respected. I then left my job.

You now helm a full festival event. What’s the key to transitioning from party promoting and planning to festivals?

I think experience is the best teacher. You can have all the questions and get all the right answers, but until you actually get out there and do it, you never know. You can put together an outline, but it never happens how you imagined. You can have 20 volunteers or acts, but somebody is going to do something off-script. Anything is bound to happen. You have to improvise. I’ve learned a lot since the first festival. Some people I will work with again, others I won’t.

Also, ask as many questions as possible. Sometimes you have to get out of your own way. You don’t have to be scared to jump. Do your homework, so you don’t jump out there and burn through a boatload of cash.

You get a lot of corporate support for your events. How are you able to do this and what were the challenges?

Getting sponsors to cut a check is very difficult. What is also very disheartening is when you find out the budget difference between white and multicultural brands. The budget for the African-American market is dwarfed by the general market budget. They may budget $2 million for African Americans, but $40 million for general. So yes, it’s difficult to a degree to get people to invest in your ideas.

A lot of brands are looking for creative ways to communicate, and they just don’t know how. If you have the ability to get 1,000 people in a room and hold their attention, that’s valuable to a brand. But like I said, I learned all of this along the way.