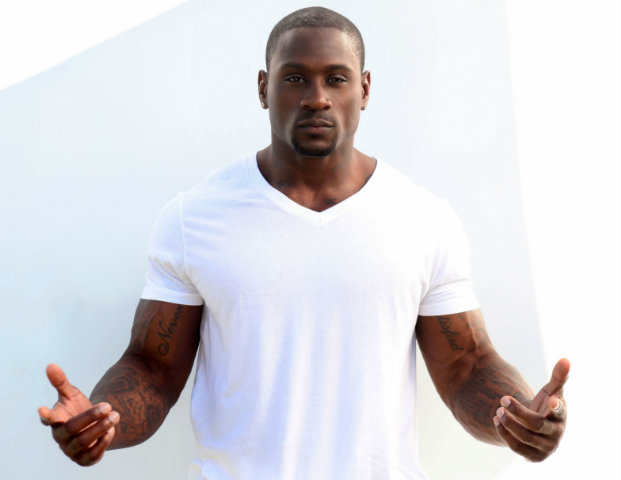 Earlier this month inside a packed New York City lounge, a black and Latino athlete and executive panel looked at the sports industry from the inside out. BE Modern Man Thomas Q. Jones, who played 12 years in the NFL and is now an actor and the CEO of a technology company, was able to speak from both perspectives, as both an athlete and a business owner.

Laurel Djoukeng, founder of Catalyst Network Foundation‘s Meeting of the Minds, brought together lawyers, agents, business owners and journalists to cover everything from diversity in sports organizations to compensation for college athletes; topics that each panelist, especially Jones, considered of utmost importance. He talked about the mistakes that he made and that many pro athletes make with money, and how his support system helped him transition from success on the field to elevating his brand and business off the field.

BlackEnterprise.com caught up with Thomas at the Black Enterprise offices to find out about his latest projects and his thoughts on black spending power.

Mia Hall: How do you feel after the success of Straight Outta Compton?
Thomas Jones: I was excited about how it came out. As an actor, you’re always moving to the next project and the next thing so you sometimes shoot a scene and forget about it. I didn’t forget and almost couldn’t, living in Hollywood, where I started to see a lot of the Straight Outta Compton billboards and posters on buses. I started to see it all over my phone, and ads and commercials for it, and I said, ‘Wow, this thing is pretty big!’ It turned out to be the No. 1 grossing [music] biopic of all time.

Just to be a part of it was incredible. To be able to work with F. Gary Gray and have a scene with Paul Giamatti was exciting. I’ve always been an NWA fan, even when I was a kid. I’m from Virginia and the east coast was far away from what was going on at the time. But that movement and that time in Hip-Hop was very important for me.

In addition to acting, you also were able to start your own business. Knowing about the common statistic that many NFL retirees end up in debt within five years of leaving the league, how did you successfully transition into entrepreneurship?
I think because I never really identified as just an athlete. That helped me psychologically when I transitioned and retired. Because when you’re just an athlete, all you know is that sport and what comes with it. I was always a creative person. I was always interested in things outside of football and sports. For me, [the NFL] was a job. Once I was drafted, I learned early in my career that the NFL is not a sport; it’s not a game. It’s a job. You’re an employee for whatever team you play for, so you have to handle it accordingly.

Unfortunately, a lot of guys don’t have that grace period of coming out of college and going to the NBA or NFL, and learning how to handle money and understanding how a dollar makes a dollar. Most guys, we don’t major in finance or business. Even if you do, it’s a totally different experience when you actually have money in your account. Totally different.

I also think that I had a really good support system around me. By the time I retired, I was able to eliminate a lot of people from my life that weren’t good influences or people that were just draining me — financially and emotionally. A lot of guys, when they retire, are not fortunate enough to have that situation.

Do you feel like you getting your education helped as well?
I definitely think that graduating helped because when you’re an athlete, they have certain expectations for you. They expect you to be an athlete. They don’t expect you to speak out on social issues, be an actor, or have a technology company. They compartmentalize you and put you in a box.