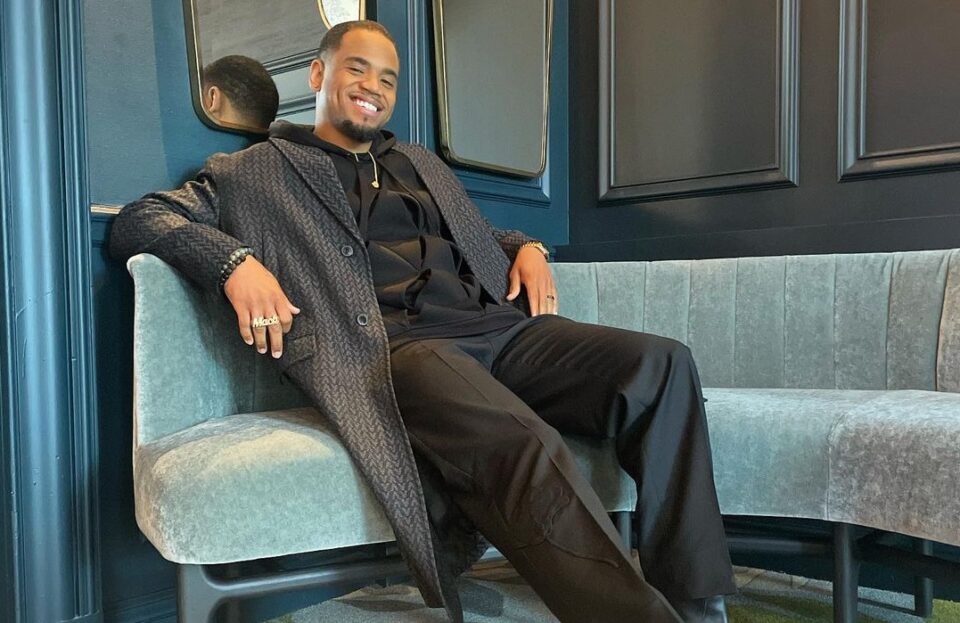 Wilds and writer/producer Greg Cally worked with the New Jersey-based company to develop a custom scented candle named after their new film, which is set to premiere at the American Black Film Festival in November. With all 2021 Festival selections being exclusively screened online through the ABFF Play streaming platform, Cally announced the collaboration via Instagram, inviting fans to incorporate the candle in their viewing experience.

According to Wick & Glow co-founder Brandi Munden, the “Wouldn’t Mean Nuthin” candle is a blend of Palo Santo and lavender, which she describes as masculine with a hint of floral sweetness. The 10-ounce candle has a 35-40 hour burn time.

“I have known Greg for years and always been a fan of the work he and Mack have done,” says Munden, who launched the R&B inspired company with her husband Xavier in 2020. “So when he told me the vibe of the movie and asked if we could do it, I said, ‘Absolutely.’ They had all of the input and we executed the vision.”

Wouldn’t Mean Nuthin is a short film that captures an evening in the life of an apathetic poet, played by Wilds, who is dragged out on a double date with one of his friends. His awkward blind date takes a turn when he runs into the love of his life, played by P Valley actress Shannon Thornton.

The film, which is an official selection in ABFF’s New Voices category, is one of several projects Wilds and Cally have worked on through their production company Redhouse Visuals. Their partnership kicked off in 2017, when they created a mini-series for Tidal called AfterHours which was inspired by Wilds’ album of the same name.

All 2021 ABFF selections will be available for streaming from Nov. 3-28.