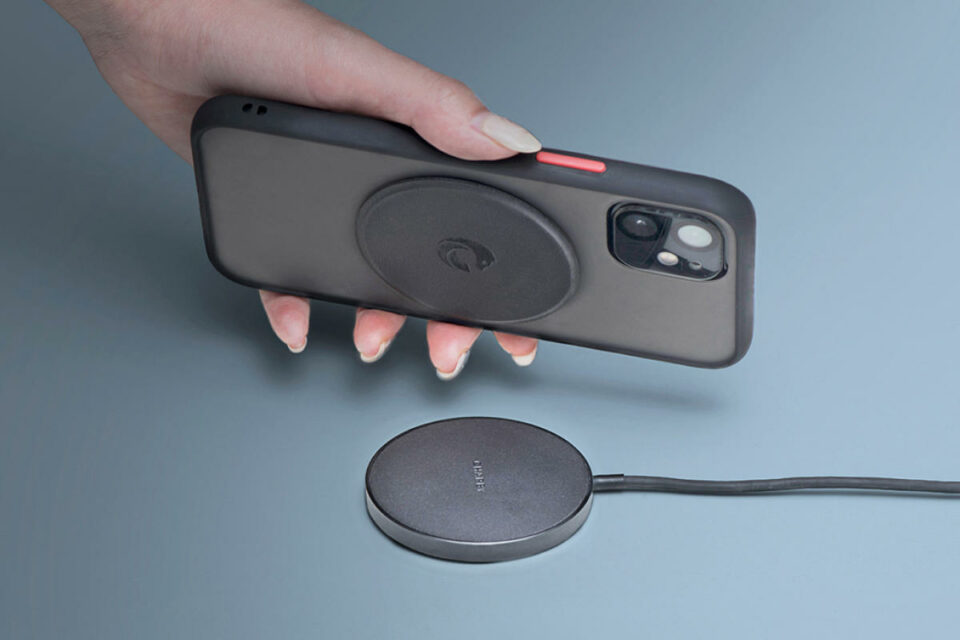 In the race to make technology smaller to fit a minimalist profile, it seems nothing has been left behind. Cell phones, smartwatches, televisions, music players, laptops alike have grown smaller and less evasive with each passing year. The evolution has certainly made life much easier, as people are able to carry more things with them without adding additional baggage.

Wouldn’t it be great if your means for charging all that small-footprint technology were the same?

This low-profile charger is MagSafe, meaning they’re optimized for iPhone 12 and newer, but it’s not restricted only to that version of phone. In fact, anyone with a Qi-enabled phone can use the ORBIT Wireless Charger. It comes fitted with an N52 Neodymium magnet so you’ll have optimum security against your phone falling off it while it’s charging.

ORBIT contends its wireless charger is 24% faster than Apple’s MagSafe offering. With 15W Qi charging capability, it can power any Apple or Android phone. Built with magnetic auto-alignment, this charge easily connects with your phone’s wireless charging coil, giving it the best position to charge quickly and efficiently.

Charging isn’t the only thing the ORBIT Wireless Charger does well. With its black, vegan leather finish, you can charge your phone in style. It’s sturdy and scratch-proof, as well, so you don’t have to worry about it being too fragile. It’s designed to deflect heat, and it ships with a 12-month manufacturer’s warranty should you run into any technical issues.

If you’ve pondered buying a wireless charger for your phone, consider this your excuse. ORBIT Wireless Charger offers style and functionality, and it’s available at a low price. Buy it today.