Facebook Apologizes For Its AI Labeling Black Men As 'Primates' 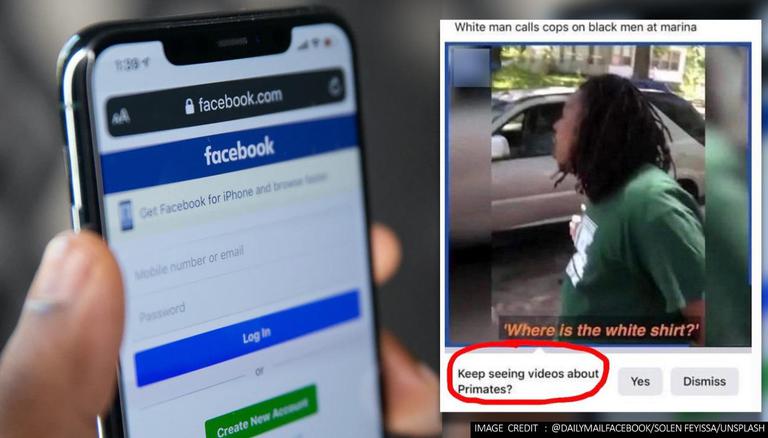 Facebook is apologizing for the “unacceptable error” from its artificial intelligence software that labeled Black men as “primates.”

The video was first uploaded by the Daily Mail on June 27, 2020, and showed an encounter between a white man and a group of Black men who were celebrating a birthday. After the video was reposted on Facebook, viewers who watched it were then prompted by a message reading, “Keep seeing videos about Primates?”

Former Facebook employee Darci Groves took a screenshot of the racially insensitive pop-up and shared it on Twitter.

“Um. This “keep seeing” prompt is unacceptable,@Facebook And despite the video being more than a year old, a friend got this prompt yesterday,” Groves said. “Friends at FB, please escalate. This is egregious.”

Um. This “keep seeing” prompt is unacceptable, @Facebook. And despite the video being more than a year old, a friend got this prompt yesterday. Friends at FB, please escalate. This is egregious. pic.twitter.com/vEHdnvF8ui

On Friday, a Facebook spokesperson apologized for the software error.

“This was clearly an unacceptable error,” the spokesperson said in a statement to the NY Times. “As we have said, while we have made improvements to our AI we know it’s not perfect and we have more progress to make. We apologize to anyone who may have seen these offensive recommendations.”

The social networking site has since disabled the entire topic recommendation feature after they were made aware of the software error, The Verge reports.

The snafu comes six years after Google faced backlash for an image recognition software error that classified photos of Black people as “gorillas.” Google issued out an apology at the time and removed the labels of gorilla, chimp, chimpanzee and monkey appearing in any association with photos of Black people.

Most recently, Facebook removed a flood of hateful comments targeted at Grammy award-winning singer Lizzo. It was a groundbreaking move the site made in an attempt to prevent cyberbullying on its platform.