Facebook App Sapping iPhone Batteries? Here's What to Do 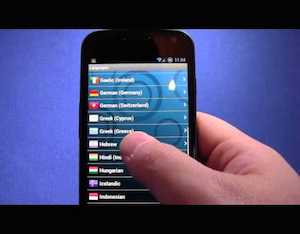 Do you feel as though your iPhone is burning though its battery life when you run the Facebook iOS app? That’s because it is. Facebook confirmed an issue related to video playback and iPhone battery use.

According to Macworld, the problem happens after you watch a video, a silent audio track keeps playing in the background. So the app is consuming an iOS device’s resources, even though nothing is happening.

Grant also noted that the battery drain issues were not related to enabling “Location Services” or from using the optional location history features, as some were speculating across the Internet.

These issues have been resolved in the Facebook iOS app that was released today. You can automatically apply the update by going into iTunes and “Settings.” Enable “Updates” from the “Automatic Downloads” menu item.

“We are committed to continuing to improve the battery usage of our app and you should see improvements in the version released today,” Grant wrote.

Users also complained about batteries quickly draining with the Facebook at Work iOS app. Parthiv Patel, an engineering manager at Facebook confirmed in a response to a Facebook comment, “We have merged the CPU fix into FB@Work.” However, he made no mention about the audio playback issue.