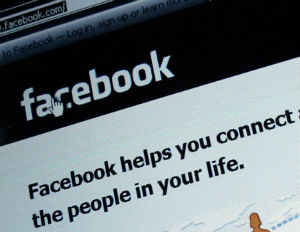 Facebook is holding “2G Tuesdays,” when its corporate network is deliberately slowed to the speeds of a 2G connection. Many countries in emerging markets in Africa and Asia only have 2G-speed Internet bandwidth. Facebook engineering director, Tom Alison, hopes 2G Tuesdays will help spark innovation among his engineers when optimizing Facebook’s performance for very slow Internet connections.

[Related: Facebook App Sapping iPhone Batteries? Here’s What to Do]

At the Facebook campus, when employees first log in on Tuesday mornings, they receive a prompt at the top of their News Feeds asking if they want to try the slower connection for an hour.

Facebook has recently been working on a number of performance optimizations for countries with slow Internet connections. For example, the company developed a feature called Network Connection Class which determines the speed of a user’s connection. If it’s slow, Facebook’s News Feeds shows fewer videos, status updates and links. A recent move by Facebook to a progressive JPEG photo format also helps with slower connections because a lower-quality version of a photo will show while the entire image is actually downloading to a user’s News Feed.

“People are coming online at a staggering rate in emerging markets and, in most cases, are doing so on mobile via 2G connections. In order to make sure another billion people can connect using Facebook we need to design features of the product that work seamlessly regardless of mobile network and device wrote Chris Marra, emerging markets product manager and Alex Sourov, emerging markets engineering manager in a Facebook blog post.