The Facebook Internship: 3 Students of Color Give Us the Inside Scoop 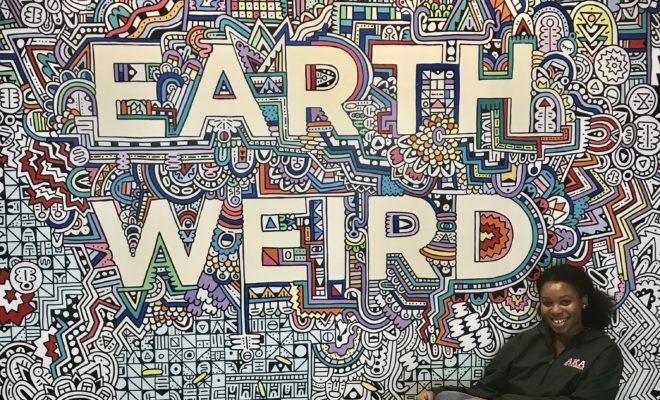 What’s a Facebook internship like? To find out, I recently spoke with three students who spent their summer interning there.

But first, why is such an internship even desirable? It’s not just because of the reportedly high compensation. Such technology internships are a great way to learn what it’s like to work in STEM—which is where the future of job growth is.

That’s one reason why Black Enterprise holds its annual tech conference, TechConneXt, in Silicon Valley and brings in HBCU students to participate in the BE Smart Hackathon. Our goal is to connect students with jobs and internships in the tech sector.

Over the last decade, growth in STEM jobs outpaced growth in non-STEM jobs; and STEM occupations are projected to grow by 8.9% for the next seven years, compared to 6.4% growth for non-STEM jobs, according to the 2017 STEM Jobs update of the Dept. of Commerce.

STEM workers also earn more; 29% more than their non-STEM peers. This holds for STEM majors, according to the update, even if they don’t work in a STEM occupation.

Let’s hear what these students say about their Facebook experience (interviews have been condensed). Their internships were eight to 12 weeks long.

Chinedum Nwaigwe interned as a Partner Manager at Facebook in Austin, Texas. She is a rising junior at Dartmouth studying Film & Media and African & African-American Studies. Nwaigwe came to our attention through her participation in the ABFF Greenlighters Academy this spring. 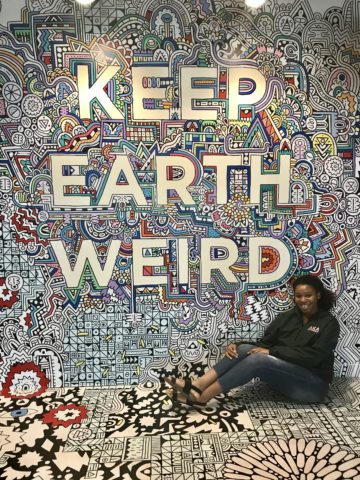 While scrolling on Facebook! I was declaring a film major and began reaching out to Dartmouth alumni working in development in Los Angeles. One night I was hunting for internships, and a recent alum, Saisi, posted in the Dartmouth Afro-American Society Facebook group that the prominent tech company was hiring interns. Saisi provided constructive feedback on my résumé, and I reached out to my recruiter at Facebook for resources to prepare for the interviews. I was flown to Austin for the interview, and received an offer two weeks later.

What has been most challenging about your experience?

A team lead at Facebook once said, “Everyone at Facebook is LeBron.” And that’s so true. People are always on the edge of greatness and working on the next big thing. As an intern, I feel the pressure to learn everyone’s name and create side projects on different teams. … However, it is important to focus on your job and understand that you can make a greater impact exuding excellence in your current role.

Work culture is so crucial to enjoying your job. While most companies have Casual Fridays, we have Dressy Thursdays. The day we hit 2 billion users, there were dozens of cupcakes and my team stopped what we were doing and started jamming out to Beyoncé. Facebook also invests a lot to enhance the quality of life for its employees. So far, I’ve enjoyed weekly intern-only Q&As with Mark Zuckerberg, an expense-paid trip to Six Flags, and bottomless popcorn at intern movie nights!

Start early! Facebook begins recruiting interns during the fall semester of their sophomore year. Visit our careers page to learn about the functions and teams that we are trying to grow. You are limited to three applications, so once you have narrowed your search to two or three opportunities, use your professional/alumni network to get introduced to people in the roles and locations you are interested in. Use those introductions as a way to learn more about the culture, interview process, and what the hiring managers are looking for beyond the application.

William Essilfie is a Data Science Intern within the News Feed Ecosystems team at Facebook in Menlo Park, California. He is a rising senior at Columbia University where he studies Computer Science and Business Management.

I learned about internships at Facebook during an information session held at my school. I loved what I heard about Facebook’s culture and reached out to a recruiter to learn more about the teams I could join. I worked with the recruiter to prepare my résumé and then applied through the careers website. Within a few weeks, I got an interview and thankfully was offered a role.

What have you learned? How have you been stretched technically, socially, or personally?

This internship has taught me a lot. Specifically, I’ve become better at breaking down vague problems. While I worked on my internship project, I took a question posed by a co-worker and thought, “How can we measure this?” or “What kind of data can I use to answer this question?” and then ultimately presented these results to my team. Learning this skill was challenging, but I loved every moment of the process of going from idea to an answer using data-driven insights. In addition, this internship has helped improve my public speaking skills. From the second week, I had to present findings to my team and large groups of people. In order to help influence a product, it is absolutely critical that one can effectively articulate a point to others in a way that makes sense even if they are not data scientists.

One of my favorite Facebook moments was after an all-hands company meeting where Mark spoke. As I was walking back to my desk, I was talking to an intern about how inspiring Mark’s talk was and what I wished I could ask him. As I turned to my right, I realized Mark was actually walking right next to me! I excitedly said hello and for several minutes talked with Mark about my internship and also got my question answered. It was amazing how even for interns, a lot of the leadership is so accessible and excited to hear from us.

What has been the most challenging about your experience?

As a Facebook intern, you are treated like a full-time employee. From the start you have a lot of responsibilities and obligations that can be quite intimidating. For my first few weeks, I had to quickly learn how to work with Facebook’s internal tools and begin reporting updates on my project to my team as well as helping on side projects that my team was working on. Facebook’s environment is one where you move fast because there’s so much to do in order to connect the world. While that has been challenging, I’ve loved every minute of it.

In my view, Facebook wants to hire people who are passionate about making the product better and also celebrating diversity of thought. As you work on your résumé, think about why you love Facebook and the tools it offers people that matter to you. For me, I loved Messenger because it has made it so easy for me to communicate with friends and family around the globe. Showing a clear passion for a product or tool on Facebook in the interview process will really help you.

Mohammad Bakhiet is a Software Engineer Intern at Messenger in New York. He is a rising junior at Harvey Mudd College studying computer science.

Facebook visited my school’s career fair. I approached them and they encouraged me to apply with a résumé, transcript, and essay on the ability of technology to change the world. After that I was interviewed … and accepted to the Facebook University for Engineering program, during which I developed an Android app with two other interns. My manager was happy with my work and gave me a return offer to come back this summer. Now I’m working on Messenger.

How has the internship influenced your future work or study plans?

My plans haven’t changed—I still plan on going into software engineering after I graduate. No one here micromanages you. You have to figure out how to be disciplined and get the job done independently and in a timely fashion. That’s something I’m still working on.

Once I made a coding mistake that impacted other engineers. I was freaking out and rushed to fix it but my boss wasn’t mad. Mistakes really are viewed as learning experiences and interns are given the power and freedom to make mistakes. The most important thing is to grow from those moments.

For aspiring software engineers, I would recommend making sure to get down computer science fundamentals including algorithms and data structures. The interview process is competitive and you have to show a lot of promise to meet the expectations of a place like Facebook. Otherwise, I’d just make sure to work hard in school, particularly in any coding classes. Also, it doesn’t hurt to have a small project or something you’ve made to show that you care about coding, want to solve problems, and can be self-motivated. When I was interviewing I talked about a game I had made on my own time that I was proud of.