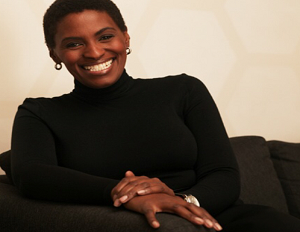 To further its company’s commitment to help businesses and professionals connect with people locally and globally, Facebook is opening its first office in Africa this month and has tapped power woman, Nunu Ntshingila, to head its operations.

Ntshingila, who is chairwoman of WPP Plc’s Ogilvy & Mather agency in South Africa, is recognized as one of the highest ranking woman in advertising. With over two decades of experience in the South African advertising industry, she will help the tech giant bridge the gap in expanding its global users from its new office located in Melrose Arch, Johannesburg. Currently, just 120 million people of Africa’s 1 billion population use Facebook, which is an increase from 100 million in September 2014.

“This is one of the places where our next billion users are coming from,” Bloomberg reports Nicola Mendelsohn, Facebook’s vice president for Europe, the Middle East and Africa saying. “It would be a massive missed opportunity. Africa matters.”

While the company is putting forth a strong push to expand its global reach, it will find that attracting users in Africa is far more difficult than attracting users in the states. With few fixed internet connections and limited financial access to smartphones that run Facebook’s full mobile application, many African residents are not that familiar with the social media site. To help change this, Facebook is partnering with mobile phone companies to offer Internet.org, which gives people free airtime when they access Facebook and a few other selected websites. The company will also introduce Facebook Lite, a low-bandwidth app that uses just a fraction of the data of the standard application.

Hopefully the appointment of Ntshingila, who is as a Morgan State University alum, will also help to grow Facebook’s diverse employee numbers. Recently, the company has come under fire after releasing its latest diversity report that shows just 2 percent blacks and 4 percent Hispanics on its employee roster.