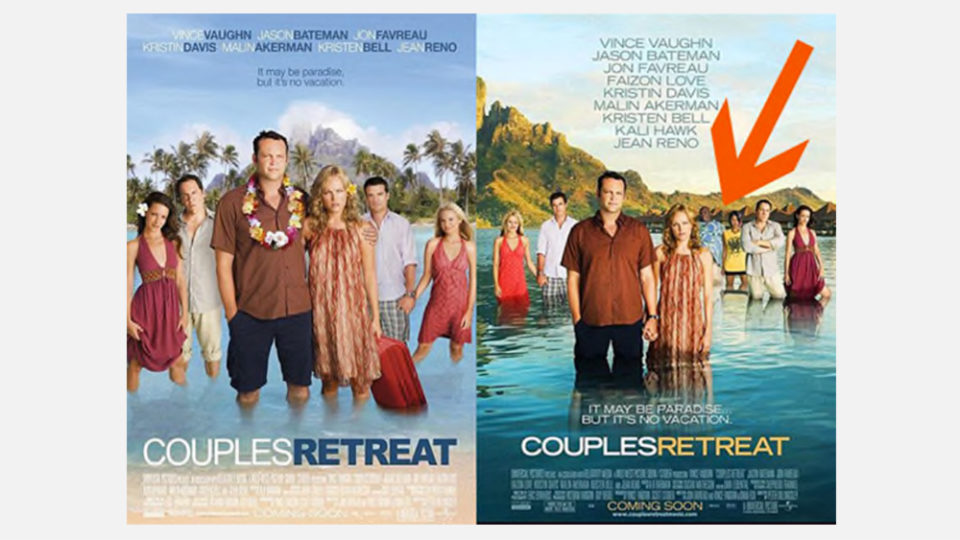 The seeds of racism were planted in Hollywood many years ago, but it still bears the fruit of it today. According to The Hollywood Reporter, actor Faizon Love has filed a lawsuit against Universal for leaving him and his “wife” co-star Kali Hawk off posters promoting the 2009 movie, “Couples Retreat.” Love and Hawk was, coincidentally, the only couple that wasn’t white.

According to the lawsuit Love filed, he stated he was “aghast” when finding out that Universal included him and Hawk in the domestic movie poster but, took the couple off for the international version.

“Universal Studios had no problem featuring Black actors in the comedic film,” it says in the complaint. “But when it came to publicizing the film to international audiences, Universal Studios chose to segregate the motion picture’s White and Black actors… Rather than enjoy maximum visibility with the film’s release, Mr. Love was demoted to the proverbial ‘Invisible Man,’ as penned by Ralph Ellison. Although Couples Retreat achieved a first-place box office opening weekend ranking, and went on a spectacular run that grossed more than $171 million worldwide, Universal Studios placed Mr. Love in the back seat of the ride enjoyed by his six White costars.”

People ask why now? One because Universal is still using the edited poster to promote the movie overseas, two no one said any thing when they went back ten years and ask @KevinHart4real to explain his ”tweet” that kept him from hosting the Oscars…not one person said why now…

According to Variety, Love stated, “They have not only hurt me financially, they have hurt me in a deeper way by dismissing me because of my Blackness — and they have hurt all Black performers by continuing to perpetuate racism in the movie industry. I want to ensure that future generations don’t have to endure the racism and whitewashing that I have experienced.”

The lawsuit accuses Universal of fraud, breach of contract, and violation of California’s fair employment act and civil rights law.