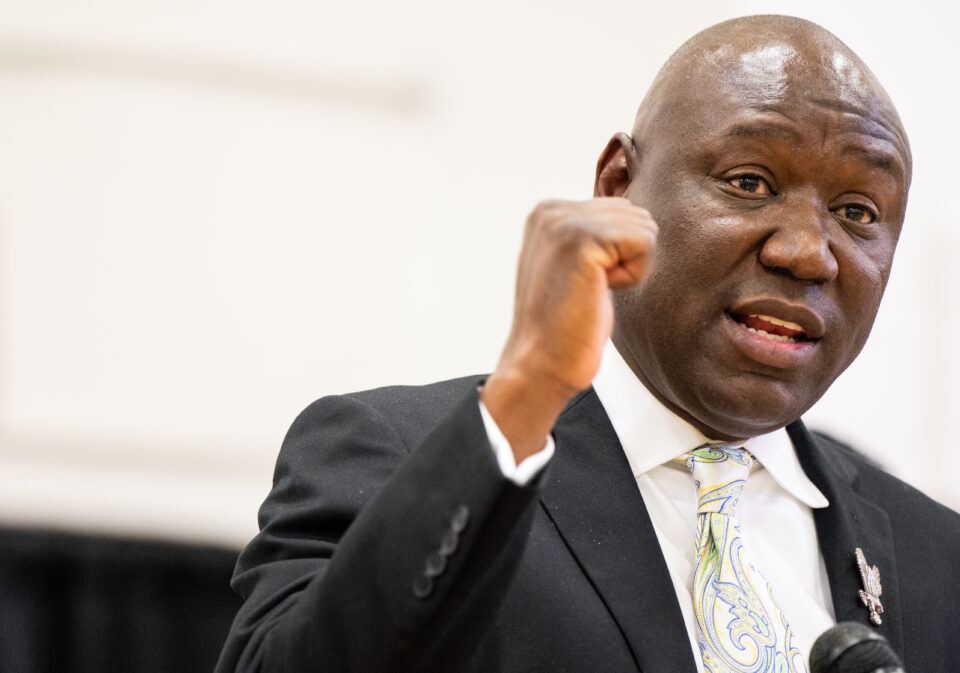 HOUSTON, TEXAS - MAY 11: Attorney Ben Crump speaks alongside family members of Jalen Ja'Von Randle during a news conference on May 11, 2022 in Houston, Texas. The news conference addressed Randle's cause of death and demanded that the Houston Police Department release body-cam footage of the incident. Randle was fatally shot after an altercation with police officers on April 27.(Photo by Brandon Bell/Getty Images)

According to MSN.com, Crump is expected to announce the lawsuit during a news conference at the Florida Capitol, where he will be joined by leaders from the American Federation of Teachers, politicians including South Florida State Sen. Shevrin Jones, and three AP honors students who will serve as the lead plaintiffs.

DeSantis reiterated on Monday the state’s rejection of the proposed course, saying it pushes a political agenda — something three authors cited in the state’s criticism accused him of doing in return.

DeSantis said his administration rejected the College Board’s course because “we want education, not indoctrination.” It was revealed last week that the Florida Department of Education recently told the College Board it would bar the course unless changes are made.

The state then issued a chart late Friday that said the course promoted the idea that modern American society oppresses Black people, other minorities, and women, included a chapter on “Black Queer Studies” that the administration found inappropriate, and used articles by critics of capitalism.

The governor said the course violated legislation dubbed the Stop WOKE Act he signed last year and which bars instruction that defines people as necessarily oppressed or privileged based on their race. At least some writers the course cites believe modern U.S. society endorses white supremacy while oppressing racial minorities, gays, and women.

“This course on Black history, what’s one of the lessons about? Queer theory. Now who would say that an important part of Black history is queer theory? That is somebody pushing an agenda,” said DeSantis, a possible Republican presidential candidate in 2024.

Crump plans a meeting on the matter later today.