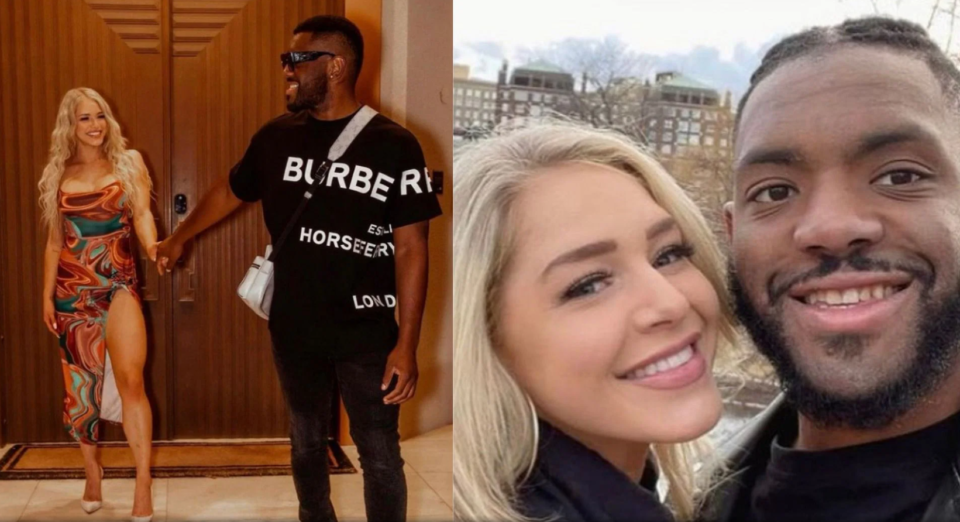 The family of Christian “Toby” Obumseli is speaking out over the mistreatment they feel they’ve been subjected to by the lead detective investigating his murder.

Obumseli was killed on April 3 following a “physical altercation” with his girlfriend Courtney Clenney inside their Miami apartment, E! News reports. However, instead of going to jail for her alleged involvement in the deadly crime, Clenney, who works as an OnlyFans model, has managed to roam free while homicide detectives continue to investigate.

Obumseli’s family says they only learned about his death a day later after receiving a phone call asking if they wanted to donate his organs. The family also accuses the detective of trying to close the case after 24 hours over claims Obumseli died in a domestic dispute.

“He wouldn’t tell us what occurred until, finally, when he called later on Monday evening, and he stated that based on Courtney’s reporting, Courtney had killed him in self-defense and that there was enough evidence for him to close the case, close the investigation at that particular time.”

Clenney’s attorney, Frank Prieto, claims the couple had a “toxic relationship,” and 25-year-old Clenney acted in self-defense when she fatally stabbed Obumseli. Prieto argues that because of Clenney’s self-defense claims, no charges should be filed against her.

But Obumseli’s family has yet to receive any information to support Clenney’s claims.

“Where is the evidence that Courtney stabbed and killed my son in self-defense?” Toby’s mother, Chio Obumseli, asked Dr. Phil.

Friends of the couple blame Clenney, saying that she was primarily the aggressor in the relationship and Obumseli would work to calm her down.

“The reality is we did see a lot of domestic violence, and it was on her end,” one friend who knew the couple when they lived in Austin told Rolling Stone.

Other reports accuse Clenney of abusing substances and being abusive toward at least two other men she dated before Obumseli. But Prieto says the abuse in Clenney and Obumseli’s relationship could have gone “both ways” and says Clenney’s past doesn’t change her self-defense claims.