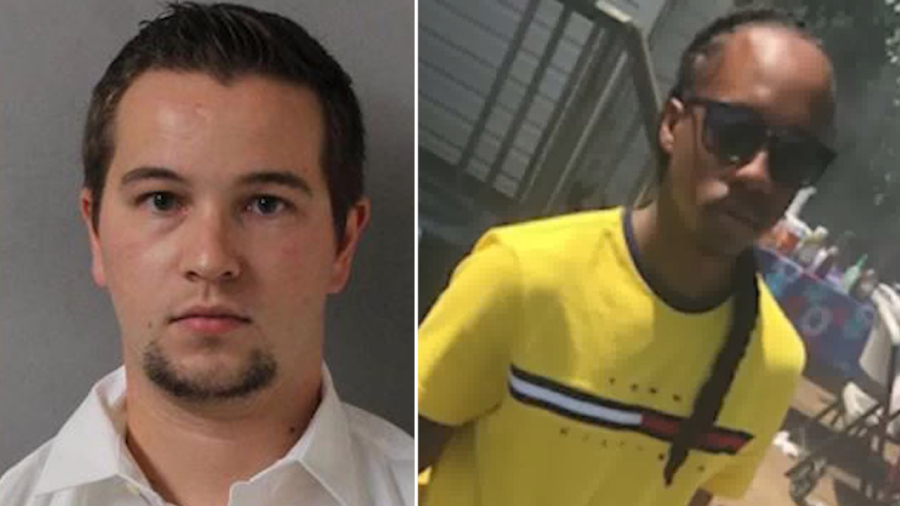 A former Nashville police officer has taken a plea deal after fatally shooting Daniel Hambrick in 2018.

Andrew Delke pleaded guilty to voluntary manslaughter on Friday and was sentenced to three years in prison, Fox17 reports. Delke is the first officer within the Metro Police Department to be charged with murder as a result of an officer-involved shooting.

Delke was previously was charged with first-degree murder and was set to stand trial on July 12. But protests ensued outside the courtroom after a judge accepted the plea deal. Chaos erupted in the courtroom after Judge Monte Watkins made the decision.

Hambrick’s mother, Vicki Hambrick, had an emotional outburst while making her statement and tried to charge after District Attorney General Glenn Funk who was sitting nearby, WSMV reports.

“They better take you out of here in cuffs because I’m going to come over there and smack the s**t out of you,” Vicki shouted at Delke.

“Oh yes I am. I hate you. Delke come into my (inaudible), you better watch your back in jail, m*** f**ker. I hate you. (Assistant District Attorney) Roger (Moore) I hate you too. You told me a g**damn lie and I hate you.”

Vicki had expected to meet with  District Attorney General Glenn Funk to discuss the case. But at the court hearing, she was hit with the harsh reality that Funk made a closed-door deal that would only put Delke in prison for three years, the Tennessean reports.

Back in March 2019, the family filed a $30 million wrongful death suit against the Metro Police Department claiming they targeted Hambrick due to racial profiling. They accused the department of “justifying the murder” of Hambrick, something the department claimed was an “inflammatory attack” on their work.

The family ended up settling in March for $2.25 million.