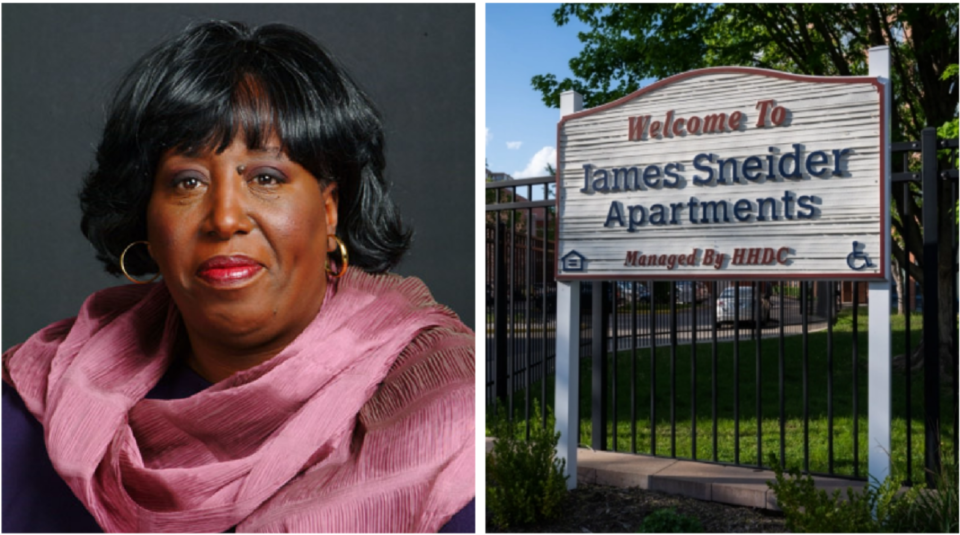 Gwendolyn E. Osborne died in her Rogers Park apartment after her landlord kept the heat on during a hot streak in May, attorneys for her family said. (Photo Credit: Colin Boyle/Block Club Chicago)

Gwendolyn E. Osborne, 72, Janice Reed, 68, and Delores McNeely, 76 were found dead inside the James Sneider Apartments during a sweltering heat wave on May 14, Block Club Chicago reported. Osbourne’s son, along with family members of Reed and McNeely, are suing over claims the building’s landlord kept the heat on during 90-degree temperatures which led to the deaths.

After dedicating her career as a trailblazing journalist in the community, Osbourne’s son is devastated his mother didn’t get a chance to fully enjoy her retirement.

“We lost somebody way too early who was actively fighting on behalf of other people,” Osbourne’s son, Ken, said.

“This is the last thing we ever expected would happen to my mother,” he added. “We just have to make sure this doesn’t happen again.”

The Cook County Medical Examiner’s office has yet to determine the causes of death for the three women. But the victims’ families have already shared their plans to file wrongful death lawsuits against the building’s owners and managers.

“These are senior residents, residents with health conditions (and) they should not be in these conditions,” City Council member Alderman Maria Hadden said in a Facebook video shot outside the apartments.

Hadden recalled visiting the building and experiencing the sweltering temperatures, including one unit that hit 102 degrees. She said the building’s management company believed they weren’t allowed to turn off the heat and turn on the air conditioning until June 1, due to the city’s heat ordinance.

The city council member noted that the ordinance has no such requirement. Civil rights attorney Benjamin Crump has gotten involved in seeking justice for the victims’ families.

“This was a tragedy that was completely preventable,” Crump said. “How cold could your soul be to know these people are suffering from the heat and you do nothing about it? No human should die in this horrible way.”