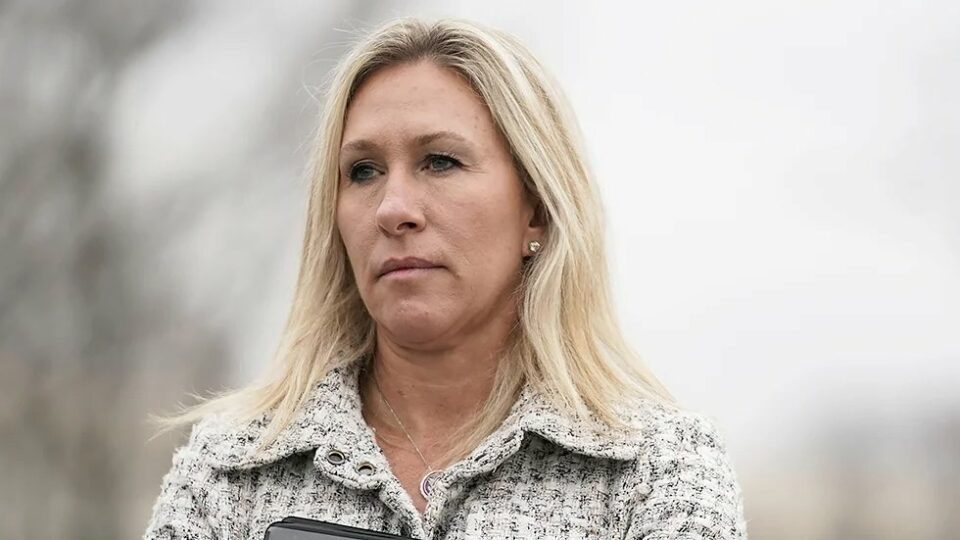 A federal judge on Monday ruled that a group of Georgia voters can proceed with legal efforts seeking to disqualify U.S. Rep. Marjorie Taylor Greene from running for reelection to Congress. (Image: Twitter/@TheHill)

A federal judge ruled a group of Georgia voters can proceed with legal efforts to disqualify U.S. Rep. Marjorie Taylor Greene from running for reelection to Congress, citing her role in the Jan. 6 Capitol Riot.

NPR reports the challenge to  Taylor Greene’s reelection bid was filed last month by the group Free Speech for People. The group filed the suit with the Georgia Secretary of State’s office, alleging that Taylor Greene helped facilitate the Jan. 6 riot that prevented Congress from certifying Joe Biden‘s presidential election victory. The group believes Greene’s actions violated a rarely cited provision of the 14th amendment making her ineligible to run for reelection.

The provision states no one can serve in Congress “who, having previously taken an oath, as a member of Congress . . . to support the Constitution of the United States, shall have engaged in insurrection or rebellion against the same.”

The provision was ratified shortly after the Civil War, in part to keep representatives of the Confederacy from returning to Congress. Greene filed a lawsuit in early April asking a judge to declare the law unconstitutional,  but Judge Amy Totenberg denied Taylor Greene’s request in a 73-page filing saying the representative failed to meet the “burden of persuasion” in her request.

Since Taylor Greene was elected, she has put her foot in her mouth a few times. She questioned whether a plane hit the Pentagon on 9/11, attacked fellow Rep. Ilhan Omar, called Kwanzaa a “fake religion,” and had her Twitter account permanently suspended for “repeated violations” of Twitter’s COVID-19 misinformation policy, and compared COVID to the Holocaust.

After the decision allowing the suit to move forward, Taylor Greene said she “never encouraged political violence and never will,” and her team has denied that she participated in the planning of the Capitol Riot.

However, MSNBC reports Free Speech for People has provided examples of Greene criticizing the peaceful transfer of power after former President Donald Trump lost the 2020 election, saying the Jan. 6 attack was justified by the Declaration of Independence, and claiming House Speaker Nancy Pelosi (D-Calif.), will “suffer death or she’ll be in prison” for treason.

Taylor Greene may have to walk back the wild claims she’s made that got her elected by far-right supporters or risk being replaced on this year’s ballot.