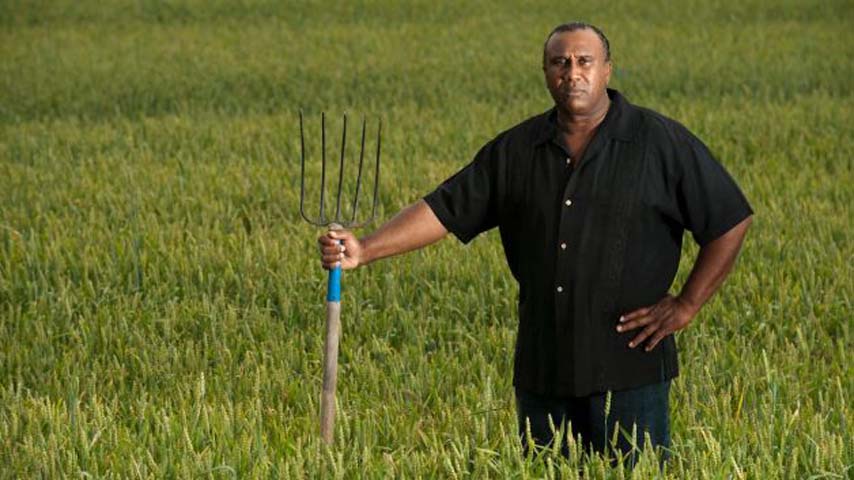 A federal judge in Wisconsin ordered a temporary stop to the $4 billion federal loan relief program addressing decades of inequities farmers of color have experienced after a group of white farmers filed a legal challenge crying discrimination.

NBC News reported Griesbach said the white farmers “are likely to succeed on the merits of their claim” that the U.S. Department of Agriculture’s “use of race-based criteria in the administration of the program violates their right to equal protection under the law.

The program would pay up to 120% of direct or guaranteed farm loan balances for American Indian, Hispanic, Asian American, Pacific Islander and Black farmers. The program was part of President Joe Biden’s $1.9 trillion COVID-19 relief plan.

“This is a big deal for us,” John Boyd Jr., president of the National Black Farmers Association, told CBS MoneyWatch in March according to CBS News. “We see this as a great opportunity to help thousands.”

The Wisconsin Institute for Law and Liberty, a conservative group, filed its suit in April on behalf of white farmers saying the program violates their constitutional rights. The institute represents 12 farmers from Wisconsin, Minnesota, South Dakota, Missouri, Iowa, Arkansas, Oregon, and Kentucky.

The program is also being fought by several large banking groups who complained that by giving the money to minority and Black farmers and allowing them to pay down their debts early, the banks are losing out on interest income they were expecting to receive.

Federal officials have twice settled lawsuits filed by Black farmers accusing them of discrimination. Black farmers have to deal with less access to credit and technical support, which makes it harder for them to update equipment, purchase seed, operate their farms, and buy more land. Black farmers have also had to deal with racial bias at almost every level of government, which has pushed them off their land.

According to Boyd, there were more than one million Black farmers at the turn of the century, but today there are less than 50,000.

Several lawmakers are trying to help minority and Black farmers through legislation. Sen. Cory Booker (D-N.J.) reintroduced the Justice for Black Farmers Act, which will address discrimination and injustices committed against Black farmers by the USDA.

Booker and Rep. Bobby Rush (D-Ill.) introduced legislation requiring the USDA to track and publicize information on race and gender of all recipients of farm assistance from the agency. Additionally, the Farm Subsidy Transparency Act would require disclosure of farm subsidies, farm loans, crop insurance, disaster assistance, and funding through the Coronavirus Food Assistance program.