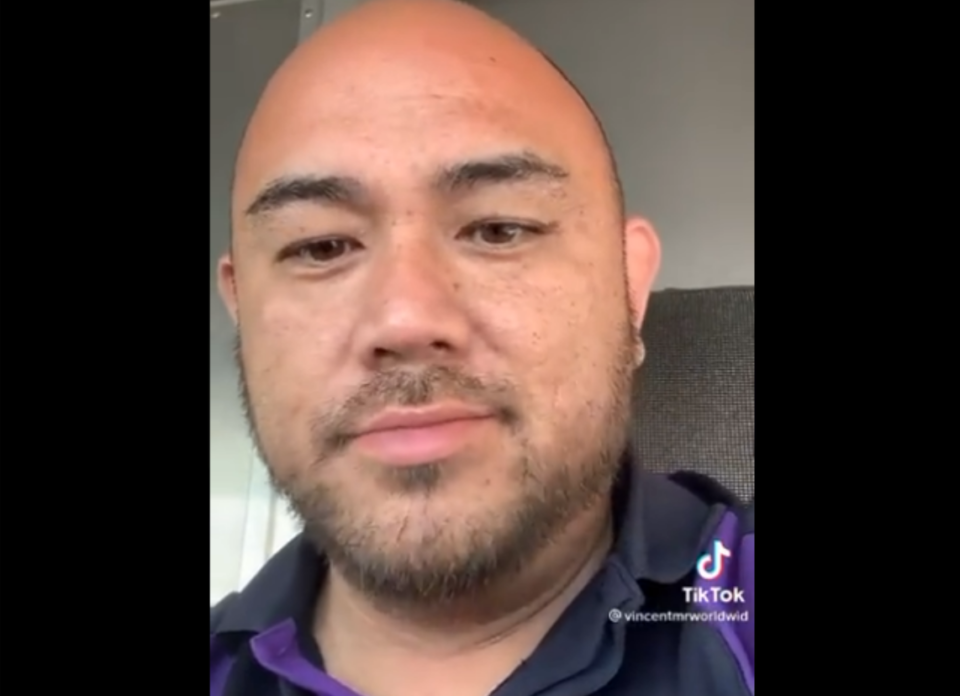 FedEx terminated the employment of Vincent Paterno after he posted a video to TikTok bragging that he was not delivering packages to customers who did not share the same political beliefs as him.

Paterno, 39, who worked for the company in Washington state, uploaded the profanity-laced video while he was wearing his FedEx uniform:

“I will not deliver your s—. I will bring that back to the station,” he smirked. “And I will keep doing that s—. Have a good day.”

TooFab confirmed that the driver has not been delivering the packages and responded to the publication on the matter.

“We are appalled by the behavior depicted in this video, which does not reflect the views of FedEx,” a Fed Ex spokesperson said.

Originally posted on Sept. 16, the video has since received over 40,000 views and more than 2,100 comments and has been removed.

“You about to lose your job 😂😂😂,” the top-liked comment reads.

“So if you get sick and go to the ER remember those doctors, nurses, and people have the right not to help you if they support Biden 😁😁,” another wrote. One commenter pointed out that some of the packages Paterno withheld could have contained life-saving medicine or medical devices.

“Somebody tag me in his weepy apology video after he gets fired 😂,” wrote another commenter. Now that Paterno is out of a job, that’s a video he’ll have ample time to make.