Study: Female Employment in Primetime Television at a Standstill 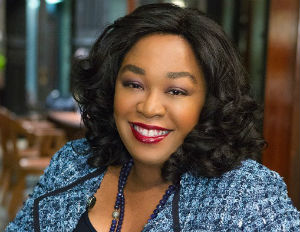 Despite power players like Shonda Rhimes and Mara Brock Akil working behind the scenes to get faces like Kerry Washington, Viola Davis and Gabrielle Union on our television screens, it looks as though prime-time television is still struggling when it comes to female inclusion.

According to the latest report from the Center for the Study of Women in Television and Film at San Diego State University, growth in the number of women working behind the scenes in prime-time television has stalled during the past five years.

“Whereas we were seeing slow but incremental growth over the last two decades, in the last five years or so it appears that women’s employment has stalled both on screen and behind the scenes,” Variety reports Martha Lauzen, executive director of the center responsible for the study, saying.

In 2013-2014 women accounted for 27 percent of creators, executive producers, producers, directors, writers, editors, and directors of photography working in prime-time television, which is equal to the same percentage of women in 2009-2010. If you analyze the data even further to see the impact that women behind the television screens have on the faces that we see in front of the screen, the report shows that on programs with at least one female creator, women comprised 47 percent of all characters, compared to just 39 percent on shows where there was no female creator.

Results from the study include shows on major broadcast networks, basic cable channels and on Netflix, indicating that the results are not exclusive to just one area of television.