Trump McConnell Rift Could Lead To GOP Split In 2022 Elections 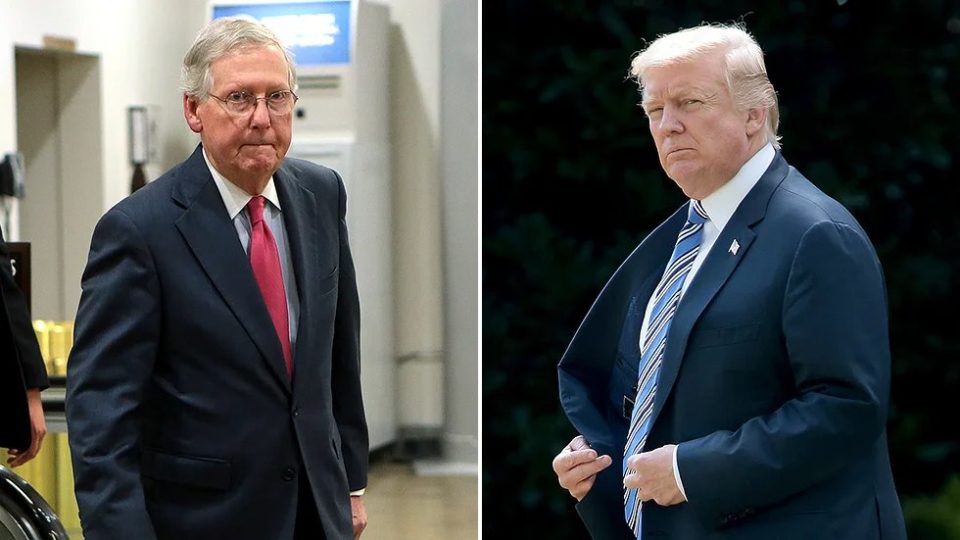 GOP strategists have described the escalating rift between the two as anywhere from a slight distraction to a direct threat of the party’s plans for 2022.

The Republican party faces several must-win situations in 2022 to break the control Democrats have in Congress. Those include Senate races in Arizona, Georgia, Pennsylvania, and Wisconsin. ironically all four states are also trying to pass bills restricting voting. Republicans will also be fighting for seats in Nevada, New Hampshire, and North Carolina.

The rift between the former president and one of the top members of the Republican Party simmered throughout Trump’s term, but ignited after the Capitol Riot Jan. 6.

McConnell voted to acquit the former president for inciting the Capitol Riot during Trump’s second impeachment trial. However, the former House Majority Leader quickly put the blame for the incident on Trump.

“The mob was fed lies. They were provoked by the president and other powerful people, and they tried to use fear and violence to stop a specific proceeding of the first branch of the federal government which they did not like,” McConnell said Tuesday on the Senate floor.

Trump clapped back in a two-page statement released Tuesday night attacking McConnell. In typical Trump fashion, the statement knocked McConnell’s appearance, adding that he stood by when Biden and Democratic Senators Jon Ossoff and Rev. Raphael Warnock won in Georgia.

“Mitch is a dour, sullen, and unsmiling political hack, and if Republican Senators are going to
stay with him, they will not win again,” the former president wrote. “He will never do what needs to be done, or what is right for our Country. Where necessary and appropriate, I will back primary rivals who espouse
Making America Great Again and our policy of America First. We want brilliant, strong, thoughtful, and compassionate leadership.”

According to The Hill, Trump allies believe they’ve made life much more difficult for McConnell and the GOP as a whole. In addition to anti-Trump lawmakers entering 2022 races, some longstanding GOP members that wouldn’t be challenged in primaries are now more likely to be challenged by pro-Trump figures.

“What he’s done has made it more likely that members of his caucus will get primary challenges and he’s undoubtedly made [Sen.] Rick Scott’s job at the NRSC [National Republican Senatorial Committee] much more difficult,” one GOP consultant told The Hill. “It’s a clear case of Leader McConnell putting his petty personal feud with Donald Trump ahead of the well-being of his Republican members in the Senate and it’s unforgivable.”

The rift is sure to bleed into primary races when candidates will be forced to choose between Trump and his brand of politics which points to the far-right and McConnell’s which is more traditional and moderate.