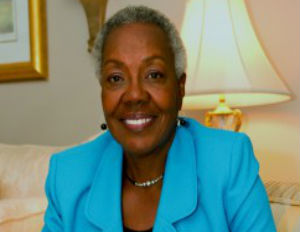 BlackEnterprise.com: What is the greatest personal challenge that you’ve overcome? How did you do it?

Lillian Lincoln Lambert: Going through a divorce, and at the same time dealing with the possible demise of my company, tested everything I had.

At the time I entered the program, the length of time a company could be in the program was not defined, but it was rumored to be about nine years. Many companies were requesting, and received, extensions to remain in the program past the nine years. In my eighth year, I submitted my request for an extension and did not hear from SBA for about a year.

In May 1985, my husband and I decided to get a divorce. Our two daughters, ages 11 and 12, along with my 85-year-old mother lived with us. About two weeks after we made the decision to divorce, I got a letter from SBA telling me my request for an extension in the 8(a) program was denied and I would be “graduated” from the program effective immediately.

That meant over the next six months the company would lose $5 million of its $7 million in revenue.

The first thing I remember thinking was this was no time to panic. Suddenly, I became solely responsible for the livelihood of four people (my mother, two daughters, and me). My first course of action was to implement massive cost cutting. Fortunately, in anticipation of future graduation from the program, I had hired a marketing person to concentrate strictly on the commercial market.

Over the next six months, after notification from SBA, some new commercial contracts were signed. Even with these changes, it took more than three years to recover all lost revenue. At the same time, as I was dealing with this upheaval in business, I was negotiating a divorce settlement (through my attorney) with my husband.

Lots of prayers and support from family and friends pulled me through.

As things were seemingly settling down, my mom passed away in May 1987, two years after the beginning of this turmoil.

Of which success are you the most proud? Why?

It’s too difficult to identify one success of which I am most proud. These are high on the list:

1. Being a trailblazer at HBS, which helped pave the way for other African American women. Receiving the HBS Alumni Achievement award in 2003 was a testament that the school felt my contribution was significant.

2. Starting and successfully growing a business in a male-dominated industry when women were just beginning to make a mark in the world of entrepreneurship.

3. Successfully raising two teenagers as a single parent while dealing with the demands of being an entrepreneur.