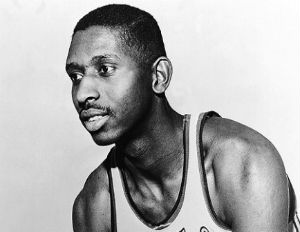 It was a solemn weekend for the NBA as two greats from the league passed away. Most are familiar with the name Anthony Mason, who played along with other sports household names such as Patrick Ewing, John Starks and Charles Oakley who took the New York Knicks to the 1994 NBA finals. But little is known about the first African-American to ever play for the NBA, Earl Lloyd.

According to The Washington Post Lloyd was drafted into the Korean War after playing only seven games with the Capitols but he returned to play for the Syracuse Nationals, which became the Philadelphia 76ers. Â Â The Post further reports that Lloyd won a NBA title in 1955 with the Nationals, and two more titles with the Detroit Pistons before retiring in 1960.

See the full article in The Washington Post here.

Women of Power: Most Powerful Corporate Women Talk the Value of Mentorship