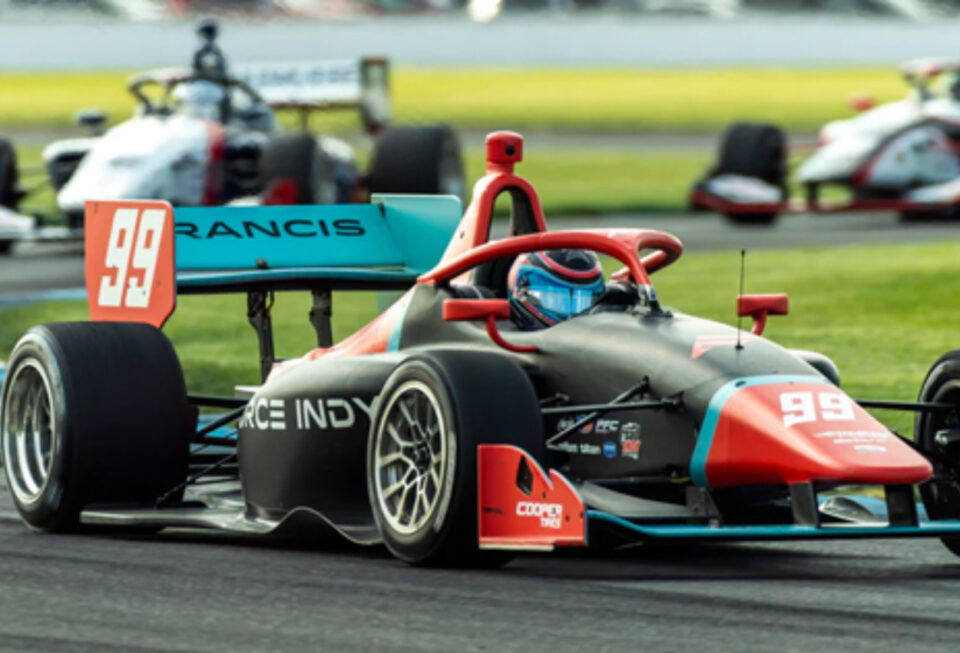 Force Indy race team is excited to be sponsored by Lear Corporation, sponsor of the Chevrolet Detroit Grand Prix. The Indianapolis-based team headed to Detroit to compete in the 2022 Indy Lights Presented by Cooper Tires championship as Lear Corporation’s sponsored team.

Haitian-American Ernie Francis, Jr. drove the Number 99 Force Indy car from May 12 – May 14.

“Force Indy entered the 2022 Indy Lights Championship with the expectation of being consistent and competitive,” says Team Principal, Rod Reid.

“The Force Indy Race team has a strong commitment to developing diverse talent. We are excited to be sponsored by Lear which shares the same values and dedication to diversity, equity, and inclusion.”

Force Indy Driver Ernie Francis, Jr., 24, has three wins under his belt from his Formula Regional Americas Championship and a second-place finish in the inaugural season of the Superstar Racing Experience (SRX), with a win at Lucas Oil Indianapolis Raceway Park. He’s a seven-time class champion in the Trans Am Series (2014-2020). His 47 career victories are the most of any driver in Trans Am history. His 24 wins in the premier TA category trail only Paul Gentilozzi (31), Mark Donohue (29), and Tommy Kendall (28).

The Force Indy team looks to benefit from the relationship with the legendary Roger Penske, winners of a record 18 Indianapolis 500’s and 16 NTT INDYCAR SERIES championships. Team Penske will continue to offer mentorship for Force Indy, as the initiative also falls under Penske Entertainment Corp.’s “Race for Equality and Change” announced in July 2020. In December 2020, Team Principal Rod Reid formed Force Indy with a focus on recruiting and developing a diverse workforce throughout all levels of INDYCAR and Indianapolis Motor Speedway, ultimately creating a community that fundamentally transforms the sport.