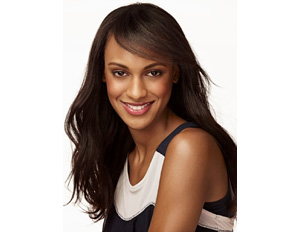 It is the brainchild of Chana Ginelle Ewing, the creator of the Michelle O Brunch. GeenieBox, which costs $29.95 a month (click here), isn’t your average monthly subscription box providing sample beauty products. Rather, GeenieBox highlights female leaders and what propels them.

Each month, a different smart and influential African American woman–a Geenie–curates a box that reflects her success journey. This will include sharing books, products, and experiences. GeenieBox is to feature the essential items every black woman needs to assist her on her road to success. GeenieBox comes as the sequel project to Ewing’s very popular #MichelleOBrunch, a series of brunches themed to celebrate the phenomenal black women, much like its namesake, first lady Michelle Obama.

“I created GeenieBox to discover and share the magic that powers iconic black women,â€ says Ewing. “Michelle O Brunch was a regional (NY/NJ/PA) event series that connected black women to celebrate personal/professional achievement and empower leadership development. Beyond the friendships and business connections, Michelle O Brunch was a place where ideas and learning flowed. I became obsessed with the idea of bringing the magic of that experience to exponentially more women–GeenieBox is the result of that vision.â€

Officially kicking off in March 2016, the first Geenie to curate the GeenieBox is entrepreneur, marketer, investor, and mother, Lauren Maillian. She also is the author of The Path Redefined, and co-star of the new startup focused reality TV show, Quit Your Day Job, on Oxygen (NBCU).

At age 19, Maillian co-founded a boutique winery that quickly became an internationally recognized award-winning brand, making her the youngest self-made winery owner in the country. She served as CEO from inception through the brand’s acquisition in 2011. Helping to build and support the next generation of innovative companies, for two years she was a founding partner and managing director of Gen Y Capital Partners, an early stage venture firm.

Ewing says that Maillian was selected as the first Geenie because she embodies the modern day woman redefining her own path. “I’m so excited and honored to be the first Geenie,â€ notes Maillian. “My March Box is curated to showcase my #BlackGirlMagic from a distinctively Harlem-based point of view.â€

Maillian will also make her television debut in March on the Oxygen channel alongside tech mogul Randi Zuckerberg (Mark Zuckerberg’s sister and former Facebook executive), consumer products tycoon Ido Leffler, and startup advocate Sarah Prevette on Quit Your Day Job.Â The competition reality show is described as a cross between Shark Tank and The Apprentice.