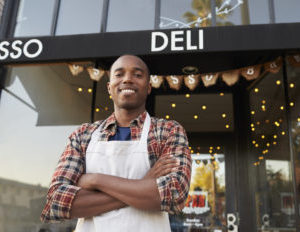 As part of an expanded City Accelerator program, Charlotte, Chicago, Memphis, Milwaukee, and Los Angeles will each get $100,000 to boost procurement spending with those businesses.

During the next year, the five cities will work together to refine their approach for that activity, including pursuing at least one new strategy to increase the diversity of municipal vendors and contractors and direct buying more goods and services from local minority-owned firms.

The program, funded by the nonprofit agencies of Living Cities and the Citi Foundation, was started four years ago to also spur economic development activities and create jobs in communities with a high number of low-income residents. Participating cities have procurement programs in place or desire to boost their spending with diverse vendors.

At the same time, a growing number of cities are placing a higher priority on procurement reform. And the ante is high for potential suppliers, with annual procurement spending by cities across America estimated at $1.6 trillion. Another prospect is that these cities will inspire local companies to do more business with those vendors.

Though the cities will of course decide what type of diverse businesses they might hire, some observers contend that they could range from suppliers and service companies that can do everything from local infrastructure work to those providing retail services.

“These cities are taking a hard look at how they purchase goods and services for their communities,” Ed Skyler, Citi’s executive vice president for global public affairs and chairman of the Citi Foundation, stated in a press release. “They recognize that there is an opportunity to strengthen their procurement practices—and cities overall—by connecting directly with the diverse businesses and ideas within their communities.” Skyler is also a former deputy mayor of New York City.

Ben Hecht, president and CEO of Living Cities, agrees. “These five cities were asked to lead the way, and we are excited to lift up their work as examples of how we can create a new urban practice dedicated to getting dramatically better results for low-income people faster.”

New Approaches to Do More Business with Suppliers

In North Carolina, Charlotte is making progress after a 2014 study ranked it last in economic mobility among the 50 largest cities. “The City of Charlotte is committed to providing equal access and opportunities for all businesses to grow, especially businesses owned by people of color,” Charlotte Mayor Jennifer Roberts, stated in a press release. “Through the City’s Charlotte Business Inclusion Policy, we have made significant strides, achieving $41 million in spending with local minority, women, small business enterprises in fiscal year 2016.”

Another city, Milwaukee, intends to ramp up its procurement activity with diverse vendors. The Governing.com blog reports the city spends over $200 million on contracted services a year, spanning from construction to copier maintenance. It has a population of slightly more than 600,000 people.

Referred to as a “minority-majority” city, only 30% of Milwaukee’s businesses are owned by people of color. A city ordinance prevents the city from directing efforts toward increasing the number of minority or women-owned small business owners. But it appears that the city is hoping to change that.

“We have long emphasized connecting our work on the city with jobs and businesses in the city,” Milwaukee Mayor Tom Barrett stated in a press release. “Working with the City Accelerator on our procurement strategies will help connect us to more city businesses, and support business growth throughout Milwaukee.”

The five newest cities will also get coaching and technical help to apply new strategies to enhance their procurement practices in addition to the grants.

Other cities have worked on programs beyond just improving procurement activity.

Since 2013, City Accelerator has worked with 12 U.S. municipalities to test new ways to drive sustainable growth while boosting opportunity for residents with small income.

In Philadelphia, the city tested the use of various messages and attention-grabbing mailings to ensure that low-income seniors were signing up for subsidies offering a 25% reduction in their water bills.

In San Francisco, the city is using its City Accelerator support to develop a financing plan to reinforce the city’s coastal seawall, which protects vital public transportation assets and land designated for affordable housing on land adjacent to the Port of San Francisco.