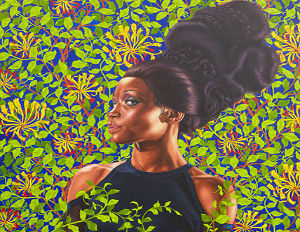 All around the world, museums host permanent and temporary exhibits to showcase experiences, historical artifacts, and personal stories. But beyond culture, art and history, museums are a treasure trove of learning and inspiration. Here are a few of upcoming exhibits to add to your social calendar this season.

In early Spring, the Brooklyn Museum is scheduled to host the first major exhibition of Brooklyn-born artist Jean-Michel Basquiat. The Unknown notebooks features 160 pages of rarely seen poetry fragments, wordplay, sketches, and and personal observations ranging from street life and popular culture to themes of race, class, and world history.

With a focus on the realities of life under segregation during the 1940s, Gordon Parks, the first African American photographer to be hired full time by LIFE magazine and one of the most celebrated African American artists of his time, uses photographs to tell his own life story and the everyday lives of the residents in his home town, Fort Scott, Kansas.

Includes over 75 works from 50 artists such as Henry Ossawa Tanner, Horace Pippin, Jacob Lawrence, Martin Puryear and Carrie Mae Weems. The exhibit showcases abstract paintings and sculpture from the 1960s through the 1980s,Â an array of portraits created by several generations of artists, from those active over a century ago to those making work today, as well as audio excerpts of interviews with contemporary artists Moe Brooker, Barkley L. Hendricks, Odili Donald Odita and more.