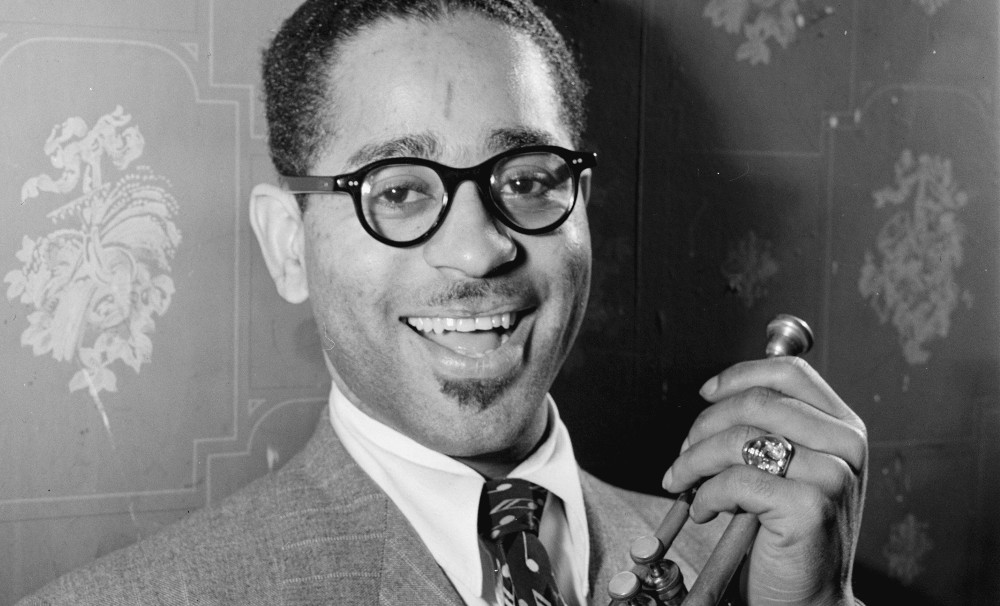 FLASHBACK FRIDAY: Today we honor the birth of famed trumpeter and composer John Birks “Dizzy” Gillespie. Starting his career performing with prominent swing bands, Gillespie later created his own band and developed the unique style known as “bebop.” Gillespie soon graced the stages with musical greats like Ella Fitzgerald, Duke Ellington, Charlie Parker and Cab Calloway. With hits including “Oop Bob,” “Johnny Come Lately” and “Groovin High,” Dizzy became recognized as one of the most influential figures in jazz and bepop.

It wasn’t just the unique style of bebop that Gillespie introduced to the world. He is also considered one of the first musicians to infuse Afro-Cuban, Caribbean and Brazilian rhythms with jazz. The fusion of these rhythms can be found in the Latin-jazz genre through songs such as “A Night in Tunisia” and “Manteca” to name a couple.

In 1990 Gillespie received the Kennedy Center Honors Award for his contribution to music and arts. Dizzy Gillespie died on January 6, 1993, at age 75, in Englewood, New Jersey.