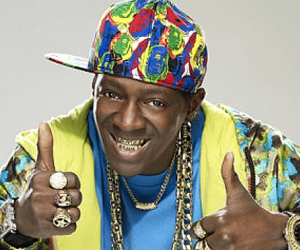 His Flavor Flav’s Chicken & Ribs Restaurant, based in Sterling Heights, Michigan, is facing eviction, according to a report on AOL Black Voices. It was reported on TMZ that the landlord of the eatery has claimed that Flavor has been late on his monthly payments of $3,500 since September 2012. He is also accused of not making a payment at all since November, a month before it opened.

Flavor Flav is claiming ignorance on the issue and basically stated he will take care of it ‘ASAP!’, although the landlord refutes that by saying Flav has known since January of the delinquencies.

The recent Rock and Roll Hall of Fame inductee is facing charges of felony assault with a weapon and child endangerment at his upcoming trial on September 30th.