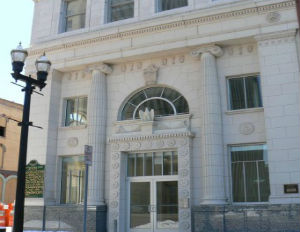 On Tuesday night, Flint residents came out in droves to cast their votes for the Michigan primary.

By 4 p.m., NBC 25 reported that at least three Flint precincts had run out of ballots and were forced to either turn voters away, or have them wait until more ballots could be retrieved.

City of Flint Clerk, Inez Brown, told MLive.com that she had never seen such high turnout in her 20 years as a city clerk.

“It’s an unprecedented high turnout for a closed primary presidential election for the city of Flint,” Brown said.

City officials pointed to the city’s ongoing water crisis as cause for the drastic uptick in ballots cast.

County Clerk, Justin Gleason, had expected long lines at the ballot. “The city of Flint has been in the national news for five months. People want to be heard. They are tired, and the city’s water crisis is one reason they are showing up to vote,” Gleason said.

Flint Mayor Karen Weaver had a similar message. “Our voices were not heard, and now people are becoming more involved. I’m glad people are feeling empowered and encouraged to come out [and] vote.”

FacebookTwitterYoutube
← How Much Do You Need to Make to Buy a Home? ← [VIDEO] Meet Atlas, An Actual Iron Man
×