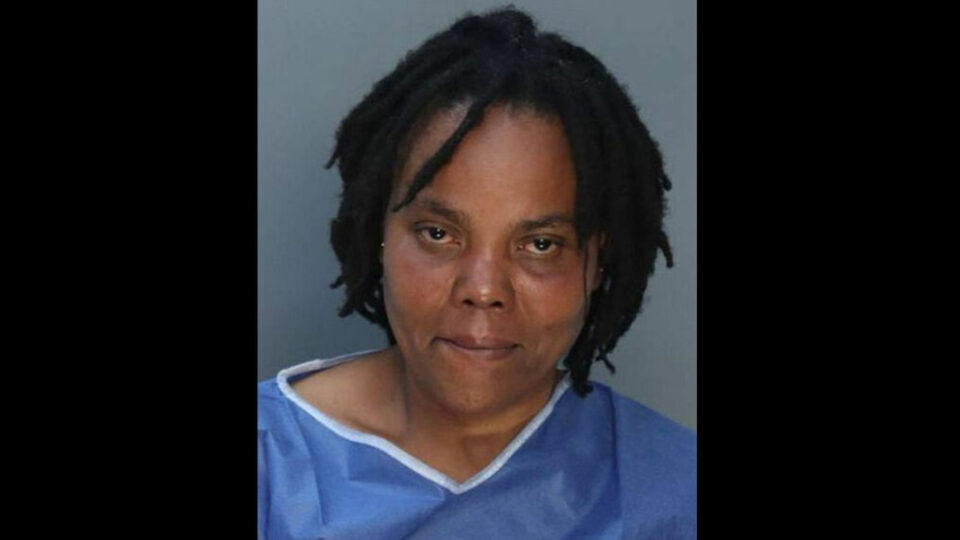 A Florida mother is in police custody after strangling her two young children to death and telling police that she “don’t want them anymore.”

Odette Joassaint, 41, was arrested on Tuesday night after police arrived at her Miami apartment in response to several hang-up calls to 911, WSVN reports. Police found a 3-year-old boy and a 5-year-old girl “lying in bed in a prone position, with their arms, legs, and necks tied.”

Joassaint told the police, “Come get them. I don’t want them anymore,” in reference to two children that appeared to be unresponsive.

Joassaint confessed to killing Laural Belval, 5, and Jeffrey Belval, 3, Miami Herald reports. The mother tied the children’s arms, legs, and necks together and used a red ribbon to strangle them to death, she told detectives.

“Officers located to find out what was going on when they found a female that appeared to be irate or going through a crisis,” Miami Police Officer Michael Vega said.

“Officers looked inside the apartment, where the calls were coming from, and observed two minor children that appeared to be unresponsive. Fire rescue was called to the scene and they declared that both children were deceased.”

Miami Fire Rescue confirmed that someone called 911 several times Tuesday night between 8:30 p.m. and 9 p.m. A woman who identified herself as the children’s godmother said Joussaint was facing mental health issues and begged her to adopt the children.

The kids’ father, Frantzy Belval, is crushed and mourning the tragic loss of his two young children. He said they lived with Joassaint full time and would visit him once a week on Saturdays.

“They loved me so much,” Belval said. “Every week, I buy clothes for the kids.”

Belval said Joussaint was unstable and hadn’t worked for the last year. He said she begged him to let her move in with him.

“I told her, ‘You are crazy. You create too much problems,’” Belval said.