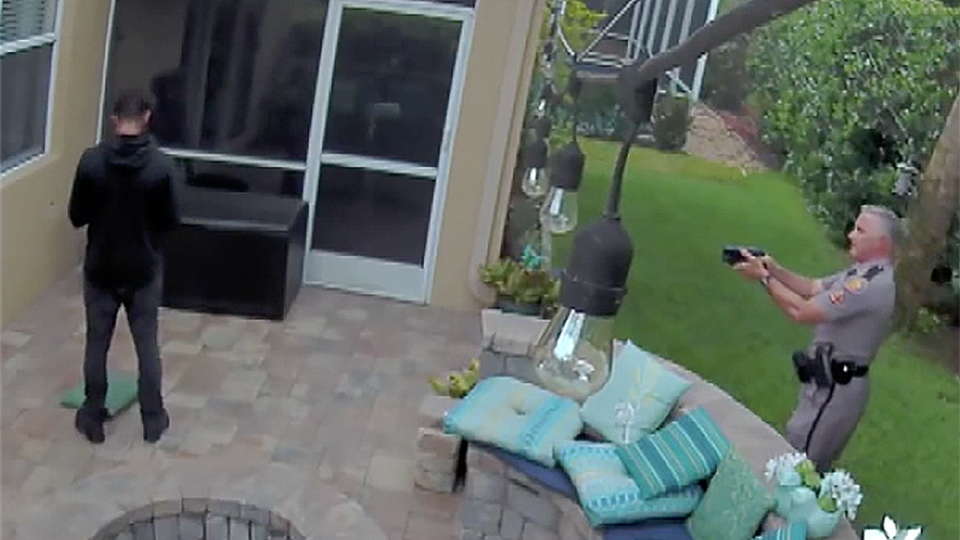 A Florida Highway Patrol (FHP) trooper is under fire after surveillance video captured him repeatedly tasing a 16-year-old biracial boy he assumed was a burglar.

Jack Rodeman was going to visit his girlfriend on June 16 and was standing on her back porch when a state trooper approached him demanding he put his hands on his head, Raw Story reported. Rodeman was reaching into his back pocket to text his girlfriend that he had arrived when Trooper George Smyrnios shouted out, “Put your hands behind your head!”

The entire arrest was captured on camera and shows the confused teen saying he did nothing wrong. But that’s when Smyrnios pulled out his taser and used it on the teen. In his report, the trooper described Rodeman as a suspicious person, WINK reported.

The arrest is reportedly under review by the FHP while Rodeman sits inside a juvenile detention center for 21 days. His mother, Kristina Rodeman, has since hired an attorney to fight her son’s arrest, which she feels only came because of his race.

“I hate it. I just want him to come home,” Rodeman said. “I mean, my son was just standing there on his phone. He wasn’t reaching in his pockets. The officer there was no threat to that officer.”

In the video, Rodeman can be seen falling to the ground and hitting his head on the brick fireplace in his girlfriend’s backyard. Rodeman’s attorney, Derek Tyler, said the teen is in pain because of the fall.

“He is going to have to be X-rayed and looked at for any vertebral fractures without a doubt,” Tyler said.

Smyrnios described Rodeman as a “suspicious person” because he was dressed in black, his report said. It also claimed that when the teen saw the police car he “darted” to hide. However, it’s unclear if Smyrnios’s version of “darting” was just the teen walking to his girlfriend’s backyard.

FHP trooper George Smyrnios repeatedly tased 16yo Jack Rodeman as he waited for his girlfriend on her back deck! Smyrnios hasn't been suspended or punished for his unlawful actions against this teen who posed NO THREAT! He should be held accountable for his egregious actions! pic.twitter.com/WP3pBbjdfp

Civil rights attorney Benj Crump tweeted out video of the arrest on Tuesday night, bringing awareness to the fact that Smyrnios is still on active duty.

“FHP trooper George Smyrnios repeatedly tased 16yo Jack Rodeman as he waited for his girlfriend on her back deck!,” Crump tweeted. “Smyrnios hasn’t been suspended or punished for his unlawful actions against this teen who posed NO THREAT! He should be held accountable for his egregious actions!”