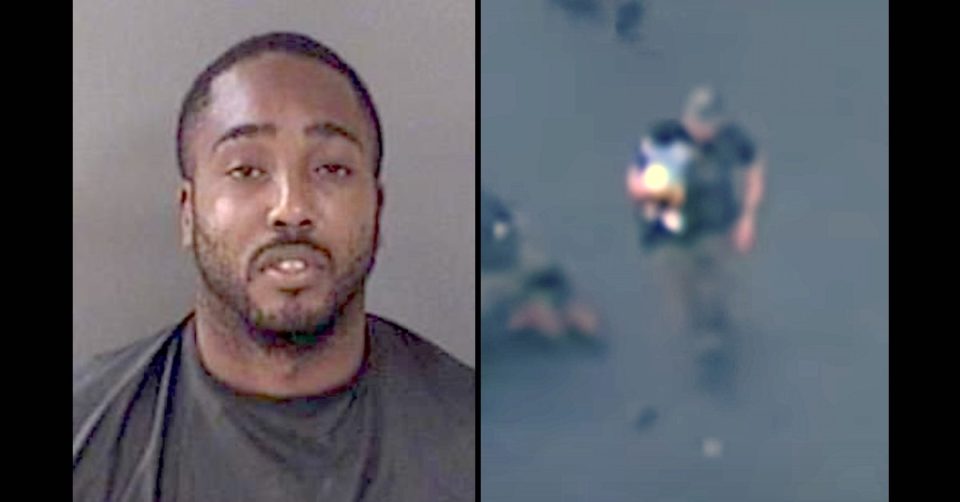 A Florida man faces some serious felony charges after he decided to throw a 2-month-old baby at a police officer following a high-speed car chase.

“You can’t throw a baby at us and expect us to treat you with kid gloves,” Sheriff Eric Flowers said.

The chase kicked off on State Road 60 in Vero Beach, Florida, after an officer tried to pull James over for an alleged failure to maintain a lane, Law and Crime reports. Instead of stopping, James sped past a group of officers striking one of their vehicles. He then dodged a number of roadblocks put in place to stop him and avoid “at least one” stop-stick deployment.

“He ran over another set of stop-sticks, but they failed to disable the vehicle,” the department said.

After being “boxed in” at an apartment complex, James made an exit from his car with the baby in tow.

“As he bailed out of his car, he grabbed the 2-month-old boy who had been in the car with him and threw the child in the direction of a deputy,” the department alleges. “That deputy successfully caught the child and was able to relocate the baby to safety.”

After throwing the baby, James fled on foot as cops pursued him. He continued to resist arrest and allegedly “kicked and bit at deputies and struggled when being loaded into the back of a deputy’s cruiser,” the statement said. “A large group of residents gathered around the deputies, forcing us to call for backup to assist in crowd control.”

Henry is being held without bond. He faces several other felony charges including aggravated battery on an officer/firefighter/EMT, battery, reckless driving, and resisting arrest with violence.