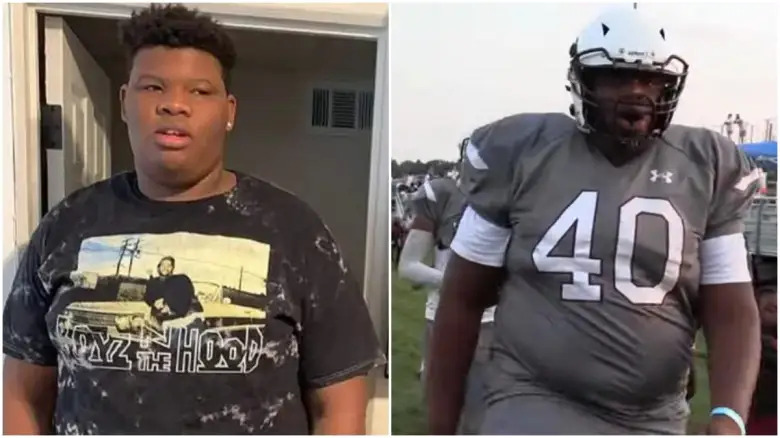 New analysis has determined that a mistake made by a ride operator led to the death of 14-year-old Tyre Sampson.

On Monday, officials announced findings from a forensic analysis that determined improper adjustments to a safety feature caused Sampson to fall out of a free-fall ride and plunge to his death last month, HuffPost reported.

Florida Agriculture and Consumer Services Commissioner Nikki Fried said the safety sensors on two seats on the FreeFall ride at Orlando’s ICON Park were “manually adjusted,” allowing the St.Louis teen to slip from his harness and fall to his death.

State Rep. Geraldine Thompson (D) said the adjustments were made “presumably, to allow for larger riders, which should not have happened based on the manufacturer’s guidelines.”

#TyreSampson died on March 24 after falling from the 430-foot #Orlando #FreeFall ride @ #ICONPark The ride's operator made adjustments to sensor on the seat where Tyre Sampson was sitting which allowed the harness restraint opening to be almost double that of the normal range pic.twitter.com/9cBW7gGfXF

However, Fried notes the adjustments made the ride “unsafe.”

“These misadjustments allowed the safety lights to illuminate, improperly satisfying the ride’s electronic safety mechanisms that allowed the ride to operate, even though Mr. Sampson was not properly secured in the seat,” Fried said.

The FreeFall ride also passed a safety inspection in December 2021, the Florida Department of Agriculture and Consumer Services noted. Now that the mechanical adjustments have been determined, authorities will work to find out how and why they were made.

“We are deeply troubled that the preliminary findings of the State’s investigation indicate a sensor on the Orlando FreeFall attraction, which is owned and operated by the SlingShot Group, had been misadjusted after the sensor was originally secured in place,” ICON park said in a statement.

Attorneys for the operator of the Orlando Slingshot say they have “fully cooperated with the State during the initial phase of its investigation, and we will continue to do so until it has officially concluded.”

The FreeFall ride has been closed since Sampson’s March 24 death and will remain closed “indefinitely,” Fried said.