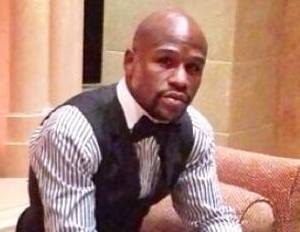 No surprise here as Forbes names Floyd Mayweather the top earning athlete on its 2014 List of The World’s Highest-PaidÂ Athletes. The flamboyant boxer has earned $105 million over the past 12 months for 72 minutes of work. This makes Mayweather the second athlete (the other being Tiger Woods) to crack the $100 Million earnings threshold.

Mayweather has topped this list for the second time in three years and if he keeps up at this pace, will top the list again in 2015. He had successful and profitable fights against Canelo Alvarez and Marcos Maidana.

NBA player LeBron James comes in at No. 3 with earnings of $72.3 million. James has a great assortment of endorsement deals including Nike and with sales of his signature sneakers, he was top among active players at $300 million in the U.S. during 2013, while his jersey was the NBA’s best-seller.

And coming in at No. 5 is another NBA player, Kobe Bryant, who made $61.5 million. His $30.5 million salary made him the highest paid player in the NBA for the fourth straight year during the 2013-14 season.

The 30 Most Heartfelt #YesAllWomen Tweets You Should See