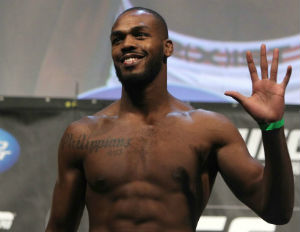 Hello: Jon Jones is one of the biggest names in UFC.

Lots of folks already predicted this one.

Swedish UFC fighter Alexander “The Mauler” Gustafsson will appear on the cover of EA Sports UFC after being selected in a fan vote, EA Sports recently announced.

Gustafsson will appear alongside Jon “Bones” Jones after emerging ahead of fighters such as Georges St-Pierre, Anthony Pettis and Jose Aldo. According to EA, more than 11 million votes were cast during the selection.

EA Sports UFC is expected to launch next spring for PlayStation 4 and Xbox One. Earlier this week, EA Sports released the first in-game images featuring Jones.

Check out the intensity of this video. Are you ready to play?