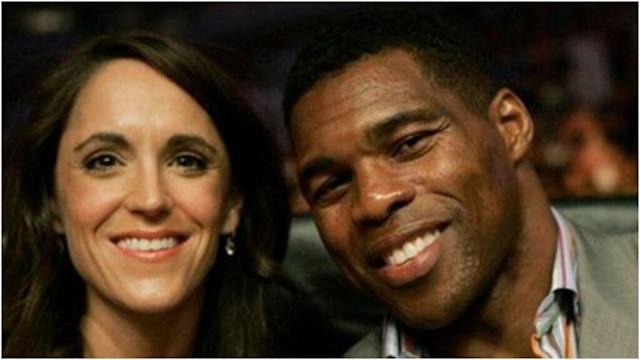 The wife of former NFL player and Trump supporter Herschel Walker faces possible felony charges for supposedly casting a ballot in another state during the 2020 presidential election.

Julie Blanchard cast an absentee ballot in Georgia while living in Texas, according to the Atlanta Journal-Constitution. This was the same election her husband, a longtime friend of former president Donald Trump, advocated against illegal voting.

Play by the rules…..the American people demand ONLY LEGAL BALLOTS be counted. Anyone manipulating this election should be prosecuted.

After the results posted, Walker claimed Trump lost to President Joe Biden due to election fraud.

Georgia Secretary of State Brad Raffensperger warned ahead of the election that those who commit voting fraud will face punishment. Raffensperger, who oversees the state’s elections, said in the press release that people “who seek to interfere with democracy in Georgia should be forewarned that the consequences will be severe.”

According to the Atlanta Journal-Constitution’s report on Blanchard, it’s “illegal for non-residents to vote in Georgia in most cases.”

Some want to know if Blanchard, who is White, will be reprimanded to the degree of Crystal Mason, a Black woman and Texas resident who was sentenced five years in prison for illegally voting in 2018.

Mason, a formerly convicted parolee, cast her ballot for the 2016 presidential electionunaware that state law banned ex-offenders from voting. Mason, who was convicted for tax fraud,  filled out a ballot with the help of a poll worker, but it was later discounted due to the mandate. She also signed an affidavit informing voters of the consequences of voting with a prior conviction. Because she was helped by a poll worker, she claimed she didn’t read that portion of the affidavit.

Ultimately, Mason was convicted of illegally voting, a second-degree state felony. She was incarcerated in prison until she was released to a halfway house in May 2020, according to News One.

Walker has hinted plans to run against Sen. Raphael Warnock in the 2022 Georgia midterm elections despite his questionable residency.

Though the ex-pro athlete made a name for himself starring for the University of Georgia’s football team in the ‘80s, he’s made it clear he’s a resident of Texas, News One reported.

Walker tweeted a video of himself recently captioned “Georgia on my mind.” In the clip, he panned the camera over a car’s Georgia license plate, possibly hinting that he’s established residency in the state.

Georgia on my mind pic.twitter.com/JdKJ193Nkn