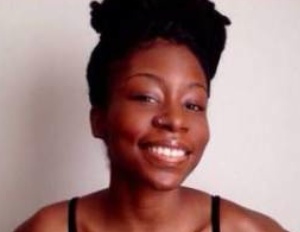 Washington made waves on Twitter after confronting A$AP Rocky’s remarks about black women being unable to wear red lipstick because of their complexion.

“I feel like with the red lipstick thing it all depends on the pair of complexion,â€ the Harlem, New York rapper said. “I’m just being for real. You have to be fair skinned to get away with that.â€

The CDC reports: “For youth between the ages of 10 and 24, suicide is the third leading cause of death. It results in approximately 4600 lives lost each year.” In all reported suicides, over 80% were committed by males.

Washington’s goal with “For Brown Girls” and #DarkSkinRedLip was to promote self love and acceptance of one’s skin color, and to discourage colorism and lightening skin as a way toward a perceived standard of beauty.

“The movement’s goal will be for new generations of darker skinned girls to not even have one thought of wishing to be lighter, to never doubt their beauty,” Washington said in an interview. “My hope is for this ‘issue’ to eventually be nonexistent but it does start with us. I’m also hoping I can do my part and make a change to where , darker skinned girls know they are beautiful no matter what anyone says.”