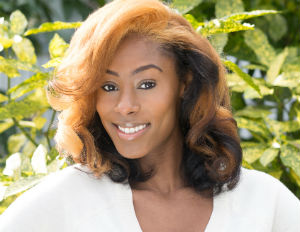 Entrepreneurship is arguably the crux of wealth-building, but too often, particularly in the black community, it’s not being discussed. A major complaint among many college graduates and entry-level professionals is that we’re a generation that has been conditioned and trained to be employees instead of business-savvy professionals, with our success and career trajectories in the hands of the existing powers-that-be. Now more than ever, everyone is trying to #BossUp, and according to some, if you have a 9-to-5, you may as well be calling your boss “daddy.â€ But entrepreneurship is about more than just being the boss of something; it’s also about being able to see yourself as a business, whether you’re running a company or helping someone else run theirs. It’s never too early to instill an entrepreneurial spirit, and Â coaching youth on the basics can have a profound impact on the way they approach their career goals–it may even set them on a path of business ownership. Black Enterprise’s former youth entrepreneurial training programs Kidpreneurs/Teenpreneurs did just that. Running concurrently with the Black Enterprise Entrepreneurs Summit, the programs were designed to teach participants the basics of business ownership while encouraging saving and investing. Attendees learned how to develop an idea into a business plan, set and achieve goals, advance leadership skills, make the most of networking, and market their mock businesses. Here are six former Kidpreneurs/Teenpreneurs on their experiences in the program and how it impacted their current endeavors.

After founding his own lawn-care service and clothing line in 2000 at the age of 12, Jaren E. Kelly attended the Teenpreneur program from 2003 to 2008. He is now in law school at North Carolina Central, entering into his final year with plans to pursue criminal law and later join the military JAG program to eventually become a federal prosecutor. Kelly says that the most important lessons he received from the Teenpreneur program was “understanding the importance of building a brand,â€ as well as learning to take advantage of business opportunities. “Never just limit yourself to one thing, look for new opportunities to explore and take advantage of,â€ Kelly adds. “Be marketable and distinguishable from those around you.â€ Kelly also believes that his background and experience in entrepreneurship have motivated and prepared him for the rigorous journey toward his career in law, noting parallels in the work it takes to succeed. “If you have a dream or passion, go after it wholeheartedly whether it is owning and operating a business or serving your community,” he explains. “Not everyone is going to believe in your dreams or passions; there are going to be hard times, but persistence is the key.”