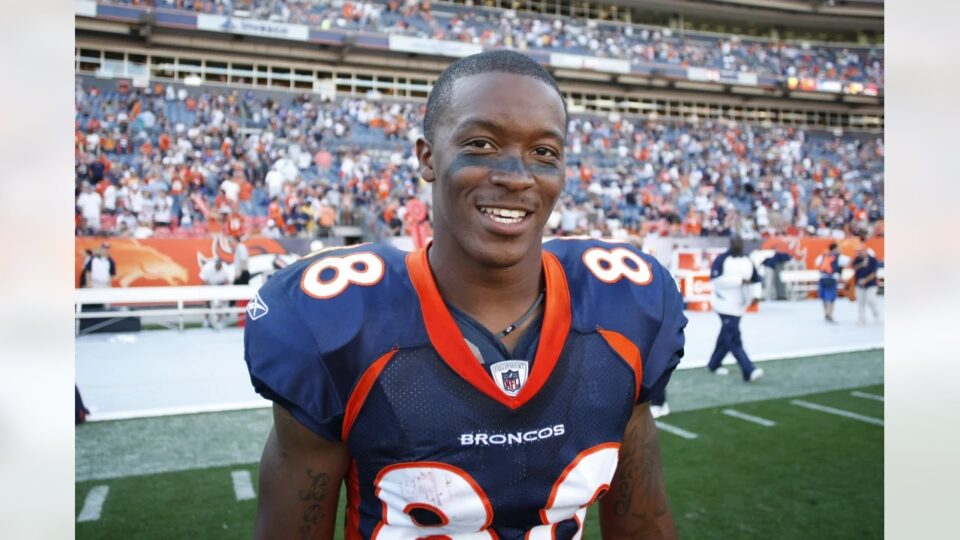 A former professional football player was found dead at his home in Georgia.

The Denver Broncos announced the passing of former wide receiver Demaryius Thomas, who is dead at the age of 33.

“We are devastated and completely heartbroken by the sudden, tragic passing of Demaryius Thomas,” the Broncos said in a written statement. “D.T. was beloved by our entire organization, his teammates and coaches, and our fans. Recently retiring as a Bronco, we were very much looking forward to celebrating Demaryius for years to come as one of the greatest players in franchise history.”

We are devastated and completely heartbroken.

Demaryius’ humility, warmth, kindness and infectious smile will always be remembered by those who knew him and loved him. pic.twitter.com/0GLZIr6UP3

According to The Associated Press, Thomas was discovered dead in his Atlanta home Thursday night.

“Preliminary information is that his death stems from a medical issue, and our investigators currently have no reason to believe otherwise,” said Officer Tim Lupo, public information officer for the police department in Roswell, Georgia in a written statement early Friday.

As a Denver Broncos player, Thomas was a major force in the team winning five AFC West titles, two AFC Championships and a victory in Super Bowl in 2016. He last played in the NFL in 2019 when he played 11 games for the New York Jets. He officially retired from the game this past June.

The well-respected player received a great number of acknowledgements from competitors on social media.

Im so sad to wake up this morning to hear about the passing of my friend Demariyus Thomas. We were all blessed with his humility and positive spirit, and we will all miss him. This photo is from the Hall of Fame this past August, a source of light as always. 🙏 RIP pic.twitter.com/o3hvQN0cRz

Woke up and saw the really devastating news about my teammate and friend, Demaryius Thomas. So many are going to remember him for his athletic ability… but I’ll be remembering him for his kindness, his smile that would light up a room, and the love he had for those in his life. pic.twitter.com/gNVzmJ503X

This is who my friend was. Always Smiling. I love you DT #RIP 💔 pic.twitter.com/jL9jI0Qe93

I’m just shocked to hear that Demaryius Thomas has died. Gone way to soon. Honored to have known you brutha. R.I.P!

RIP Demaryius Thomas. Can’t believe this…Prayers up to his family 🙏🏾

I am devastated right now. We spoke back in 2019 and you told me how excited you were to be a NY Jet. You gave my son a high five during pre-game. Appreciate you making his day. You were a great player. Prayers to you and your family. Rest Easy! @DemaryiusThomas pic.twitter.com/0EQQZndA0p

I continue to see and hear about Demaryius Thomas, “great player, but an even better man and teammate.” That is the ultimate expression.pic.twitter.com/Ur49h7jRAU

It’s devastating to learn of the passing of Demaryius Thomas. From his standout collegiate career at Georgia Tech to winning Super Bowl 50 in the NFL, he made his home state of Georgia proud on and off the field. I’m praying for his family and friends. https://t.co/zkUga5lwb9