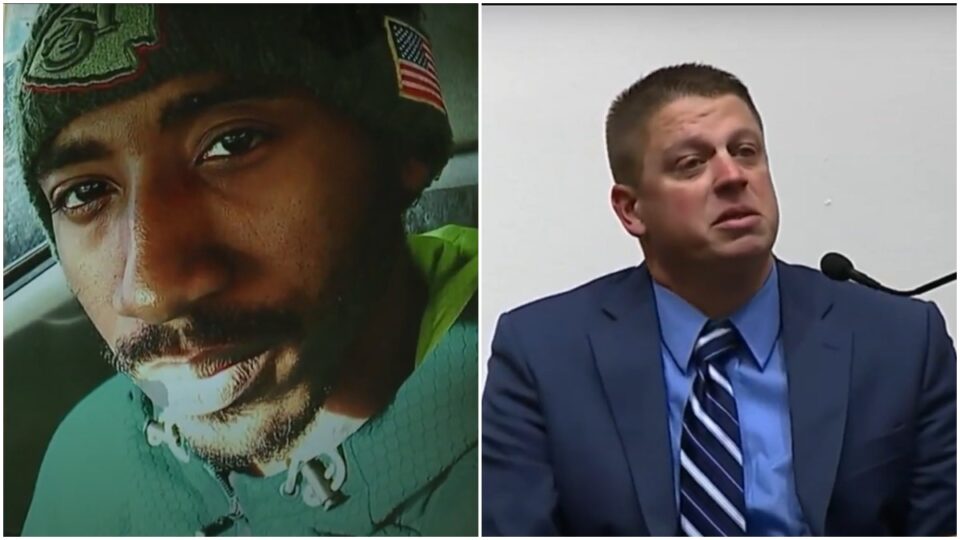 Former Kansas City Detective Eric DeValkenaere was convicted for the 2019 killing of Cameron Lamb and sentenced to six years in prison.

DeValkenaere, who was convicted late last year,  received three years for involuntary manslaughter and six years for armed criminal actions, according to ABC7 Chicago. The sentences will be served concurrently. In a news conference following the sentencing hearing, Lamb’s mother, Laurie Bey, called it “a fair decision.”

Last month, defense attorneys for DeValkenaere requested that he remain free while appealing the conviction, which Judge James Dale Youngs granted. Lamb, a 26 year-old father of three, was killed the night of Dec. 3, 2019, when DeValkenaere and his partner responded to a traffic incident involving a red pickup truck.

The officers, dressed in plain clothes and wearing police department vests, entered the home’s backyard where Lamb was parked without a warrant and with their guns drawn. As Lamb backed the truck down into a basement garage, the officers attempted to get him to stop the truck, but according to the indictment, it’s unclear if Lamb heard them.

DeValkenaere then shot at Lamb four times, hitting him twice and claiming he saw him  grab a gun and point it at his partner. However, according to DeValkenaere’s partner, Lamb’s left hand was on the steering wheel, and his fingers were spread apart, and he held up his empty hand before the shooting.

Medical records later showed Lamb did not have full use of his left hand due to an injury he sustained before the shooting. Judge Youngs issued a bench ruling without a jury at DeValkenaere’s request. He said DeValkenaere had no probable cause, no warrant, and no consent to enter Lamb’s property and added the officers initiated the aggression and had no right to use deadly force.

Before the shooting, Lamb allegedly had an argument with his girlfriend that turned physical, and he left the residence but received a call from his roommate asking him to return. Meanwhile, police were investigating a crash in the area and reported Lamb’s red pickup chasing a purple Mustang. A police helicopter then caught the pickup pulling into the residence.