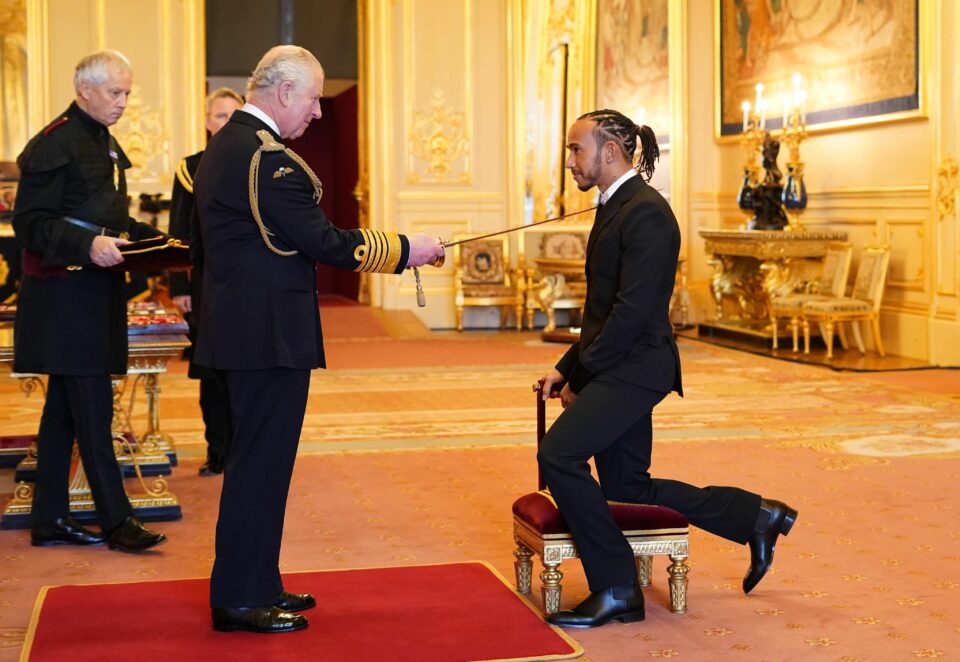 The seven-time Formula One world champion met with the royal family at Windsor Castle where he was knighted by Prince Charles, ESPN reports. Hamilton is the fourth F1 driver to receive the honor after Sir Jackie Stewart in 2001, Sir Stirling Moss in 2000, and Sir Jack Brabham in 1979.

The prestigious honor is only given by a British king or queen to those who give high achievement to their country within their industry. The royal family shared an official photo of the honor on Twitter.

Hamilton’s knighthood came just a few days after he was denied a record-breaking eight F1 title after losing to Max Verstappen at the Abu Dhabi Grand Prix in a controversial last lap. But after receiving the honor, not everyone in the Formula One arena was happy for him.

Bernie Ecclestone, the former head of Formula One, questioned whether Hamilton “deserves” his knighthood, The Independent reports.

“Only people who have really done something for the country should be knighted,” Ecclestone told the German broadcaster n-tv.

“I don’t think many people who are knighted now really deserve it,” the 91-year-old continued. “They all make a lot of money and donate some to charity, but they haven’t done anything specific for the country.”

However, Hamilton has won more races and scored more pole positions than any other F1 driver in history. After winning his first championship in 2009, Hamilton received an MBE — a Member of the Order of the British Empire which is only given to a person for making a difference in their line of work.

Additionally, as the first and only Black driver in Formula One’s 70-year history, Hamilton helped trailblaze the Hamilton Commission which looks at ways of improving diversity in motorsport. Earlier this year, Hamilton launched his charity Mission 44 which aims to empower youth from under-represented communities in the UK by narrowing gaps in education and employment.