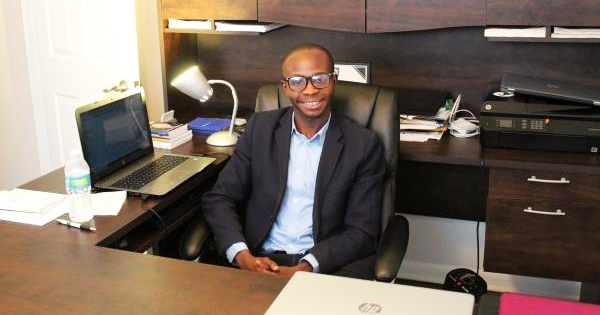 Jeff Badu, a former gang member from Chicago, is now making millions as an entrepreneur, tax practitioner, and owner of his own accounting firm. After going through a life-changing event, Badu hopes to also make a change in his community by sharing his story to others and helping guide them with his business how-to’s.

Badu, who was born in Ghana, moved to the United States when he was 8-years old. With his young mind, he thought he would feel protected if he joins a gang. But when he did, he realized that the protection the gangs advertised wasn’t exactly true.

“Between 8 to 16, those were the toughest times of my life because I was surrounded by so much negativity,” Badu said in an interview with WGN TV. “I was literally trapped, I couldn’t walk certain places.”

Badu finally decided to change his path after having a conversation with his aunt when he went back to Ghana for a short family vacation. He remembered his aunt told him about his parents’ struggles just to take him to the U.S., “went through the lottery system for you to come and mess it up.”

Since then, he returned to the U.S. with a new mindset, finished studying at Uplift High School, and earned an undergraduate and graduate degree in accounting from the University of Illinois.

Now, Badu owns an accounting business called Badu Tax Services that caters to 1,500 clients nationwide and in five other countries. He also owns and runs car rental entreprises and real estate investment groups. He was 25-years old when he made his first million.

All the while he was already making a name in the financial industry, his childhood friend Adura Yaboroh was killed after being shot five times in the head while helping someone with a spare car tire at a gas station. It made another strong impact in his life.

“I felt very responsible for that because I had turned my life around but I didn’t go ahead and turn other people’s lives around at that time,” Badu said.

So he made use of his influence to positively impact other people. He provides resources for scholarships, offers workshops to the youth and homeless, writes articles about property tax, money-making strategies, among many others, and hosts his own radio show called Money Talks where he promotes financial literacy.

Moreover, he hopes to further bring financial freedom and benefits to other neighborhoods that are in underserved communities. He also aims to use his real estate companies to restore communities that are being plagued by gentrification.

“What I really want to do is help the super hungry to take advantage of resources in order to live an abundant lifestyle. That’s my purpose in life and it’s exciting,” he told Block Club Chicago.

For more information about Jeff Badu or his company, Badu Tax Services, visit his personal website at http://www.badutaxservices.com