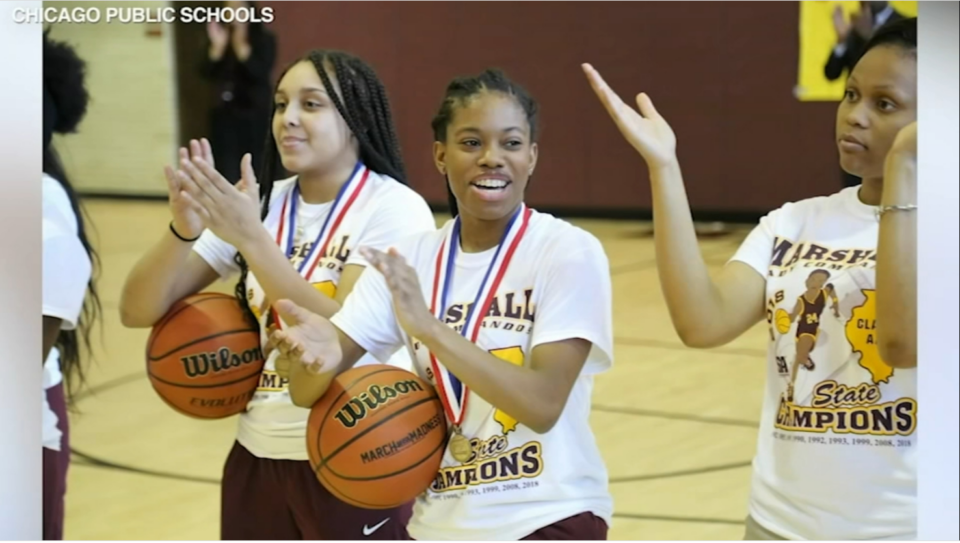 A former high school basketball star athlete and student was shot and killed in front of her house in Maywood near 6th Avenue and Walnut Street, according to CBS News.

Police found Dyanla Rainey, 22, dead face down in the grass from gunshot wounds. Rainey operated a daycare with her twin sister, WGN reports.

“This is tough,” said Margo Rainey, the victim’s mother, who was fondly known as “DeDe.”

“I just have a hole in my heart. That was my baby. That was my youngest,” said Margo Rainey, “and it’s indescribable. It just really hurts.”

Paramedics carried her to Loyola Medical University Hospital, where she succumbed to her injuries, according to WGN.

“She was just the life of the party and we’re going to miss it,” mother Margo Rainey said to WGN News. “Me and her siblings are going to miss her. They took a great person away.”

“I was parked right here. I had just pulled up and I saw her pull up. Next thing I know, I was on the phone and I heard pop, pop, pop, pop, pop and I turned and looked around and there was a guy outside of her car shooting,” Dyanla’s mother added.

Margo is willing to forgive the individual who caused the untimely demise of her youngest child, but she pleaded for the person to turn themselves in to the authorities, WGN reports.

“You just need to turn yourselves in,” she said.

At 5 p.m., mourners will hold a balloon release at the scene.

Funeral services for Dyanla will be held on Aug. 1 at Miracle Revival Cathedral, beginning at 10 a.m.

Dyanla’s death is still under investigation, and the police have not released any motive.