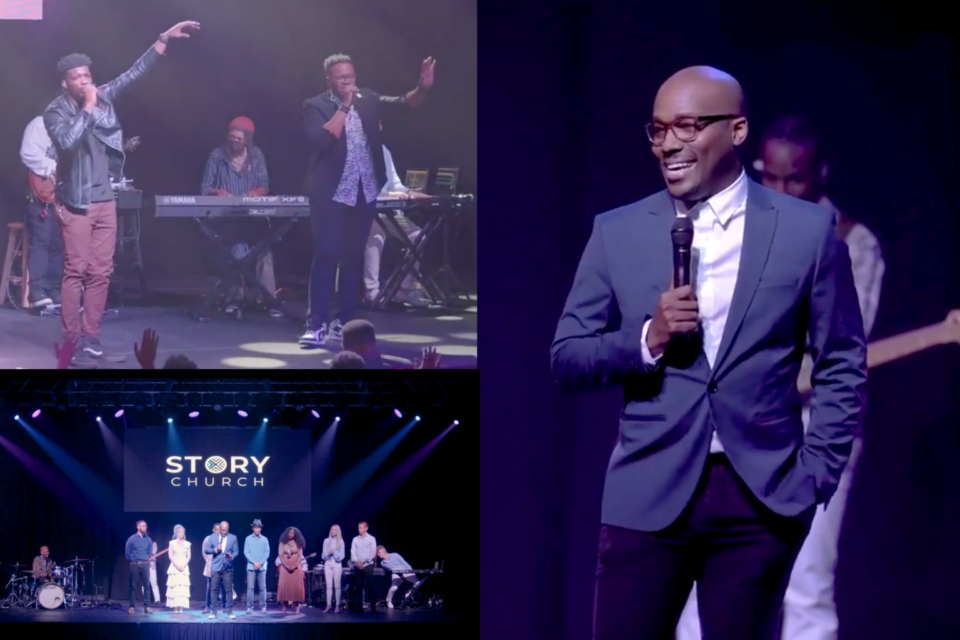 “We want to be a Spirit-filled environment,” Lead Pastor Sam Collier told his congregation Sunday. “Which just simply means this: we believe that God is still alive, and He’s still moving throughout our midst.”

Collier resigned from Hillsong in March because of the scandals plaguing the global megachurch, including Global Senior Pastor Brian Houston’s allegations of misconduct against two women, Christian Headlines reports. Aside from distancing himself from Hillsong, Collier said he was relaunching the congregation under Story Church.

While holding its first service on Sunday, Collier introduced members of the congregation while inviting church members to attend a “family meeting” planned for next week. He also explained his decision to leave Hillsong.

“My intention was never to leave the Hillsong world,” he said. “It was something that was a real dream for us, and so I cried really hard on the way out.”

“But how many people know that sometimes the things God asks us to do are hard? It doesn’t mean it doesn’t come without tears, but we surrender to His will anyway.”

Noting how much of a “struggle” it was to resign from Hillsong, Collier shared his hopes for Story Church’s promising future.

“But here we are, and I just believe that today is evidence—you’re in this room today as a reminder to me and our team and to my wife that God is faithful.”

Houston, who founded HIllsong in 1983 with his wife, Bobbie, resigned from his role as global senior pastor. He initially stepped down from the church’s board last September after was charged with “concealing child sex offenses.” He also violated the church’s pastoral code of conduct by going into a woman’s hotel room for 40 minutes under the influence of alcohol and prescription drugs. This reportedly took place during the church’s annual conference in 2019.

In addition, Discovery Plus has aired a three-episode docuseries, Hillsong: A Megachurch Exposed, that details how the Australia-based global Evangelical church network has toed the “fine line between cult and culture.”