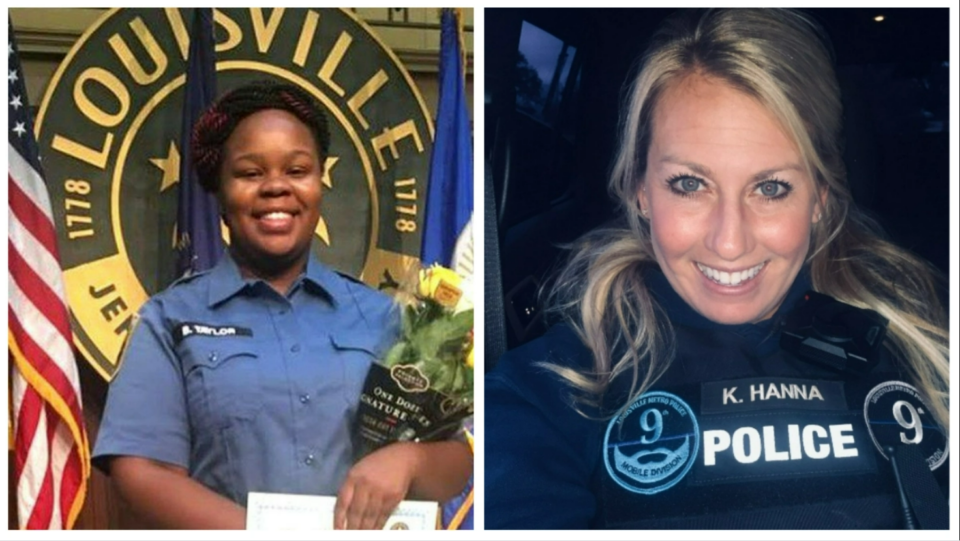 One of the Louisville cops charged in the Breonna Taylor case is set to plead guilty to a federal charge of falsifying the search warrant that led to Taylor’s death.

Former Louisville Metro Police Detective Kelly Hannah Goodlett, 35, will plead guilty to one count of conspiring to violate Taylor’s civil rights by helping falsify an affidavit for the search of her apartment in March 2020, Courier-Journal reports.

Goodlett was found to have falsified claims of a postal inspector verifying that Taylor was receiving packages for her ex-boyfriend, convicted drug dealer Jamarcus Glover. She is charged with knowingly conspiring with Joshua Jaynes and others to falsify the search warrant affidavit.

Investigators expected Goodlett to plead guilty and testify against her colleagues. If found guilty, Goodlett faces no more than five years in prison. In the meantime, the ex-cop has been ordered to surrender her passport and have no contact with her codefendants ― Sgt. Kyle Meany and former detectives Joshua Jaynes and Brett Hankison.

The indictment alleges Goodlett met with Jaynes inside his garage to “get on the same page” after a postal inspector shut down claims that Taylor was receiving Glover’s packages.

All defendants were arraigned except for Goodlett. The charges include conspiracy for some of the officers’ actions after Taylor’s death.

In a separate incident, Goodlett is also being investigated by the FBI in a case known throughout LMPD as “Slushigate.” It was revealed that several LMPD officers were being investigated for recording themselves throwing Slushies at unsuspecting pedestrians.

Two officers were later indicted in that case for civil rights violations, while Goodlett has not been charged.