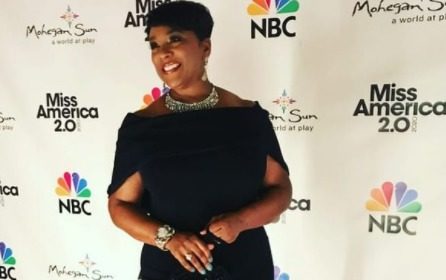 Dr. Debbye Turner Bell was crowned Miss America in 1990. However, there is more to her story than what may meet the eye. According to a press release, her inspirational memoir called Courageous Faith: A Lifelong Pursuit of Faith Over Fear will be released on Aug. 3, 2021. Turner Bell reportedly shares some brow-raising details from her life, in addition to 10 factors for success and faith-based life lessons. According to the book’s synopsis, Lifelong Pursuit of Faith Over Fear is not just an inspirational memoir, but a self-help guide on persevering in the face of adversity.

Turner Bell was the first Miss America to have an official platform to influence social awareness and change. After she won over the judges, her life was threatened during her reign on more than one occasion, because she is Black. Turner Bell also shares details about overcoming adversity in her forthcoming book.

Turner Bell’s website points out her other notable accomplishments, in addition to winning the Miss America title, she is a veterinarian, journalist, minister, motivational speaker, wife, and mother. Additionally, the website said that for more than two decades, Turner Bell has addressed audiences in the corporate, academic, and community service arenas. The graduate of the University of Missouri-Columbia earned a Doctor of Veterinary Medicine degree, in addition to earning a Bachelor of Science degree in agriculture from Arkansas State University.

On the Black Past website, information was shared about Turner Bell’s journey that began in Honolulu, Hawaii, where she was born.

“Her father is a retired military lieutenant colonel and her late mother was a college counselor. Turner Bell, who was raised in Jonesboro, Arkansas, was the first runner-up in the Miss Black Teenage World pageant in 1981. She participated in the Miss Arkansas state pageant three times placing first runner-up twice,” Black Past said. “Finally, she decided to try her luck at the Miss Missouri pageant. In 1989 she won the Miss Missouri title and competed in the September 1989 pageant in Atlantic City, New Jersey where she won the Miss America crown.”